Information reaching this publication indicates that Gertrude Hiwa, a Solicitor General who is also Principal Secretary in the Ministry of Justice and Constitutional Affair has applied for an injunction over her firing on the posts.

Hiwa was appointed on the posts in 2018 by immediate Past President Professor Arthur Peter Mutharika.

She replaced Janet Banda who was then deployed to Ministry of lands as Secretary.

According to information at hand, HiwaŌĆÖs application will be head on Wednesday this week.

Since ascending to the High Office on June 23, 2020, President Dr. Lazarus Chakwera has made several changes in government.

Some of the changes have seen a reshuffle of Principal Secretaries in government Ministries with others being demoted or promoted.

The changes has also seen some retired public officers being recalled. 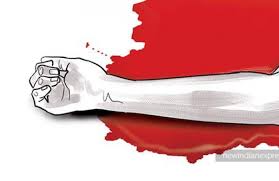