A Chinese woman who underwent a CT scan following a minor car accident learned that she had two metallic needles embedded deep in her brain.

The 29-year-old woman from Zhengzhou had been involved in a car accident and was advised to get a CT scan to make sure that there was no damage to her head. Luckily, the investigation showed no trauma related to the accident, but it did reveal something much stranger: two needles, approximately 5cm in length and 4.9mm in diameter embedded deep in her brain. The strange thing was that the needles were not related to the car accident, as there was no visible skull or scalp injury, and the woman had no recollection of any serious head trauma at any point in her life.

Doctors believe that the needles must have been deliberately or accidentally inserted into Zhu’s head when she was very young, because judging by their diameter, they wouldn’t have been able to pierce a fully developed skull. Plus, she has no recollection of any head injury. 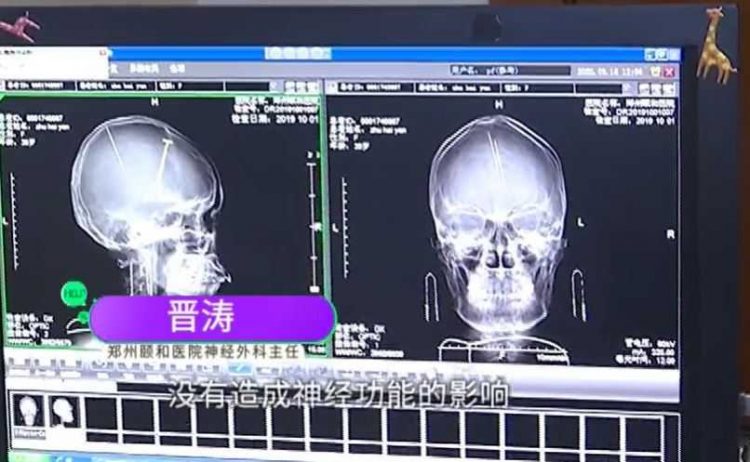 The woman, surnamed Zhu, said that she had never experienced any pain or unexplainable headaches, and doctors confirmed that because of how thin the needles are and the area of the brain they are inserted, they are unlikely to cause any problems.

According to Chinese website Sohu, the woman has already reported the findings of the CT scan to the local police. She reportedly has a suspicion as to the origin of the needles in her head, but she did not want to reveal anything at this time.