The life of a married woman isn’t an easy deal and sometimes many people end up giving love to the wrong person.

The story of Noela Rukundo is something that will teach us not to trust anymore and it also shows that God is truly merciful. 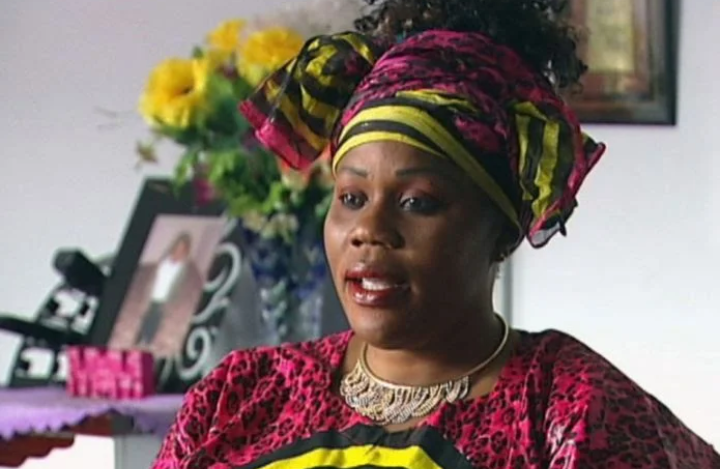 Noela Rukundo is a woman who was born in Burundi, she became a widow with five children after death took her husband from her.

After the death of her husband, Noela decided to move with her 5 children to Australia so she can start life afresh over there.

Noela earned a job in Australia but she finds it difficult to speak English so a young man named Balenga Kalala was tasked to help her interpret Swahili to English.

Noela and Kalala became good friends and he was also a widower who lost his wife and kid in an attack back in Congo 2004 before he traveled to Australia as a refugee. 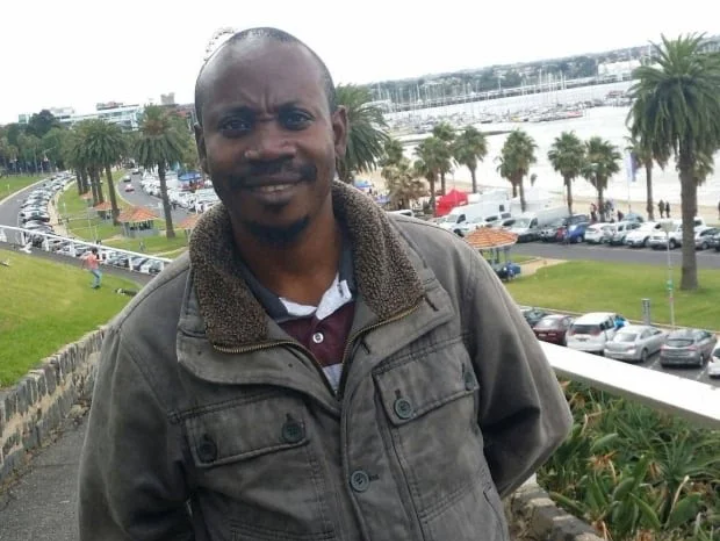 Noela and Kalala fell in love with each other and they got married.

Kalala treated his stepchildren like his own kids and with time Noela give birth to three children for Kalala which makes it a total of eight kids in their family.

Kalala worked very hard and he made sure he provides enough money for the family.

Noela received sad news one day that her stepmother who trained her right from she was a kid is seriously sick so Noela had to fly back home to pay her last respect for her.

Noela lodged a hotel where she would spend the night after the funeral of her step mum, Noela was about to go to bed when Kalala called to check on her.

Kalala asked her how’s the weather over there and she said it’s hot but she’s about to have some sleep.

Kalala then advised her to go outside and take in some fresh air instead of going to bed so early, Noela obeyed her husband thinking that he cared about her.

Immediately Noela left the compound of the hotel, a man came pointing a gun at her, Noela wanted to react but the man told her that he’ll shoot her if she moves while he’ll only be arrested but she’ll be dead.

The man ordered her to get into a car that’s already parked and waiting so she went in and saw two other men in the car.

One of the men collected a scarf and covered her eyes and they drove her to a strange building where she was tied to a chair.

Noela heard one saying that they should call the boss and she heard a voice asking her what did she do to him that he wants her dead, Noela was confused because she knew that she haven’t wronged anybody. 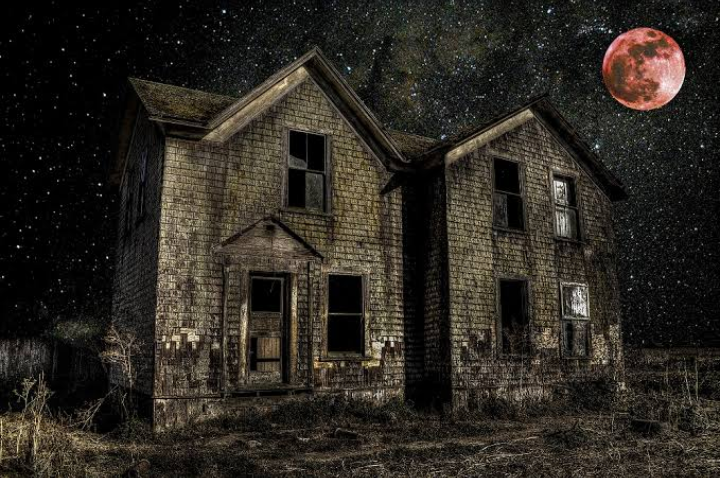 Photo of a strange-looking house

Noela told them that she hasn’t wronged anyone but they told her that her husband wants her dead.

Noela couldn’t believe it so she called them a liar, they slapped her and laughed at her while calling her a fool.

They told her that she was so stupid that couldn’t notice that her husband wants her dead, they told her that he have paid them since November to kill her and Noela traveled to Africa in January.

They told her that they’re going to prove to her by calling the person that sent them.

The boss then called him and he placed the call on a loudspeaker, he then told the person that they’ve captured her and Noela was shocked when she heard her husband’s voice saying that they should kill her.

That same caring voice that advised her to go outside and receive fresh air is the same voice that has sentenced her to death.

Noela was heartbroken and she thought it was the end of the journey for her but her luck changed when the kidnappers told her not to worry that they don’t kill women and children.

They extorted more money from Kalala by adding an extra amount so they can kill her and he transferred the money to them.

After keeping Noela captive for two days, they decided to let her go.

They brought her outside and dropped her in the middle of the road then they gave her all the necessary things she needs as evidence to bring her husband to justice including a voice recording of their calls in an SD card.

They also told her that she has only 80 hours to leave the country.

Noela’s brother was already worried about her so he called Kalala who transferred some money to him so he can report the case of her missing sister to the police. 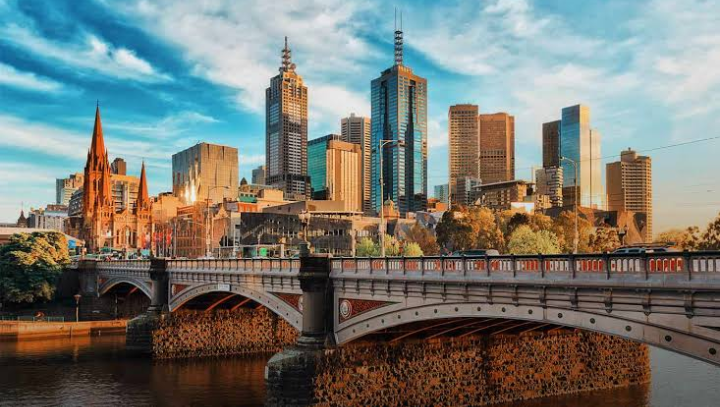 Noela later traveled back to Melbourne Australia where she’s living but she remained hidden from her husband.

Their pastor couldn’t believe it when she reported everything to her because he has always known Kalala as a good man and Noela told him not to tell anyone that she’s alive.

Their pastor was also the one that helped her travel back to Australia.

Kalala has already spread the news to their friends and loved ones that Noela tragically died in an accident so they sent their donations and prayers for him and the rest of the family.

It was on the day of her funeral that Noela decided to shock her husband, her husband was sitting outside while waiting for the remaining people who are mourning her death to leave the house when something amazing happened. 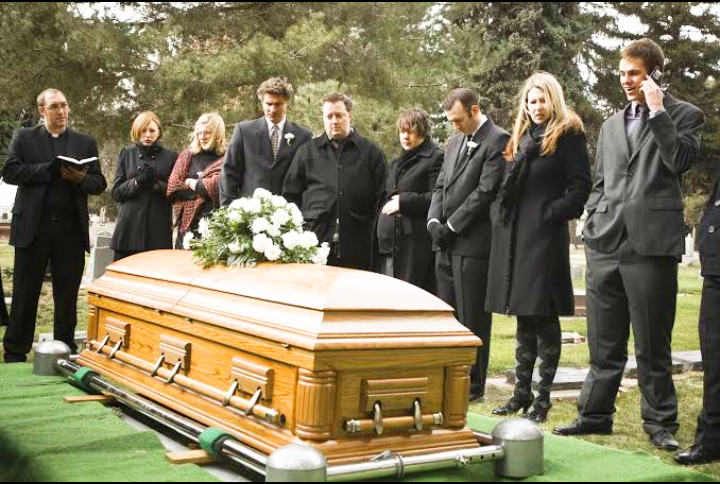 Photo of a funeral

Noela came down from a car and he was shocked when he saw her, he thought he has seen a ghost as Noela walked closer to the house.

He screamed and started begging for forgiveness from her but she called the police and they escorted him out of the compound.

Days later, Noela was given the opportunity to call her husband and Kalala explained to her that he did it out of jealousy, he told her that he thought she would leave him for another man that’s why he sent men to kill her.

Noela has always loved her husband and she has forgiven him multiple times when he hurt her in the past but Noela said that he has crossed the line this time around.

Kalala was later taken to court and he denied all the accusations from Noela, he said that he’ll never try to hurt his wife so Noela played the voice recorder from the recent call they made and she also brought out all the evidence given to her by the kidnappers.

Knowing that he had lost the case, he cried and blamed the devil for everything, he said that it was the devil that manipulated him to do so.

He was later sentenced to nine years in prison for his crime.

Noela knew that it may be difficult taking care of eight kids but she can’t live with the person that sent kidnappers to kill her.

10-year-old girl dies after being defiled by 2 men 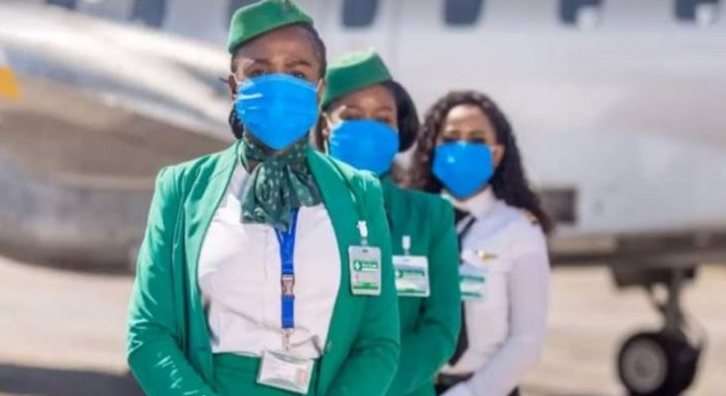 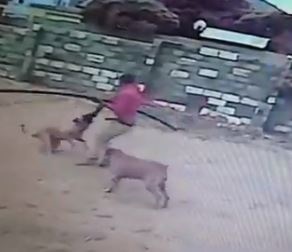