The Los Angeles County District Attorney’s office announced in a statement on Thursday, October 8, that the Canadian rapper has been charged with one felony count each of assault with a semiautomatic firearm – personal use of a firearm – and carrying a loaded, unregistered firearm in a vehicle.

He also faces a gun allegation and that he personally inflicted great bodily injury during the alleged incident.

According to LA County District Attorney’s office, Tory’s arraignment is scheduled for Saturday, October 10, and if convicted in the case, the rapper will face a maximum sentence of 22 years and eight months in prison. 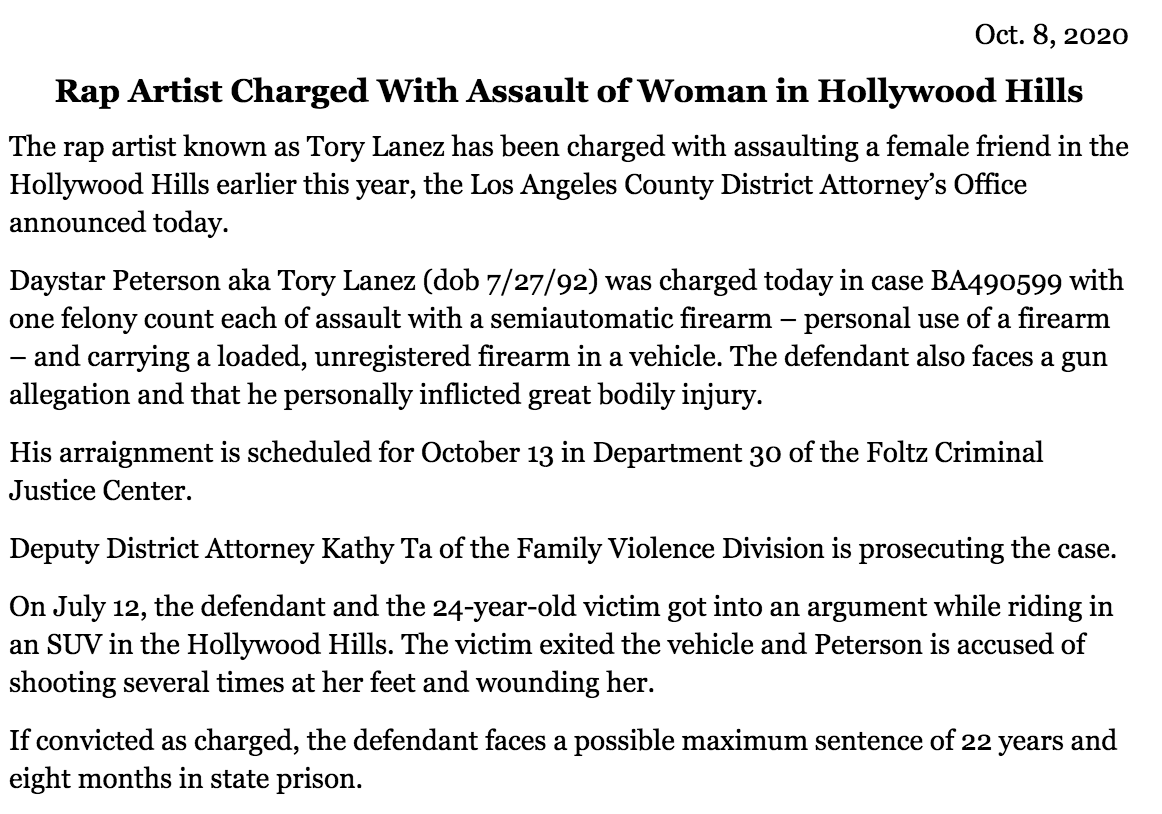 This comes two weeks after he denied shooting Megan in his newly released album, “Daystar.”

Lanez opened his album with the diss song “Money Over Fallouts,” where he addressed the shooting allegations and claimed that “Megan people trying to frame me for a shooting.”

“Girl, you had the nerve to write that statement on an affidavit knowing I ain’t do it but I’m coming at my truest trying to keep this shit 200 with you, shorty, I can prove it.”

Tory also quizzed Megan’s injuries in the song, rapping, “Gotta see a couple questions: how the fu*k you get shot in your foot, don’t hit no bones or tendons?

Back in August, Megan Thee Stallion accused Tory of shooting her in the feet following a party in the Hollywood Hills in July, and had to underdo surgery to remove the bullets. Read here.