Archeologists in Egypt surely did not seem worried about unsealing any ancient curses or plagues when they went on to open 59 coffins for the first time since they were placed underground an astounding 2500 years ago.

The incredible finding was¬Ýannounced last month¬Ýwhen it was revealed the coffins were discovered in a burial ground in the desert necropolis of Saqqara, which is thought to have previously served as people‚Äôs resting place for Memphis, the former capital of ancient Egypt.

Over a dozen sarcophagi were found placed on top of each other in the burial shaft located 36 feet underground, and more coffins were found in the excavation later.

I am really impressed that Covid-19 did not stop them from digging to unveil more mystery and secrets about our great civilisation.

Today I can say most of the discoveries have been made by Egyptian teams on Egyptian soil. This is something I am immensely proud of.‚Äù

On October 3, Egyptian authorities unveiled 59 coffins in total, with experts saying they expect even more to be found in the area. Studies suggest the sarcophagi ‚Äòhaven‚Äôt been opened since they were buried‚Äô, so archaeologists were given the incredible opportunity to be transported back to the 26th dynasty, more than 25 centuries ago, when they unsealed them.

El-Anany revealed most of the sarcophagi contain bodies of priests and high-ranking individuals,¬Ýaccording to ABC News.

Archeologists opened two of them to show the mummies wrapped in burial cloth that had colored hieroglyphic inscriptions on them.

‚ÄúAfter removing the lid, we found that the two mummies bear the name and title of the family.‚Äù

The archeologists also found a carved bronze statue of the god¬ÝNefertum, inlaid with precious rocks; a collection of 28 statues of Ptah-Soker, the main god of Saqqara Necropolis; a number of amulets, and a ushabti figurine.

‚ÄúToday is not the end of the discovery, I consider it the beginnin

‚ÄúToday is not the end of the discovery, I consider it the beginning of the big discovery.‚Äù

The sarcophagi are to be brought to the¬ÝGrand Egyptian Museum ‚Äì which is located near the Giza pyramids ‚Äì to be showcased to the public when it opens in 2021.

Witness the astonishing moment in the video below. 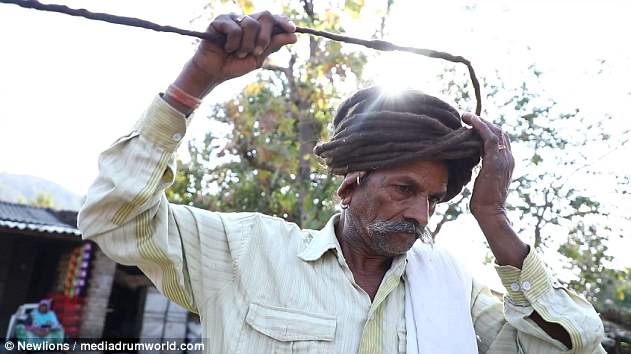