Three staff members of Blantyre Total filling station rescued a minibus this morning from being razed down to ashes after its engine caught fire.

A petrol attendant told MBC that the passenger service vehicle registration number BT 6538 pulled in to refuel at the filling station.

But on its way out Total staff namely Ella Buliani, Samuel Damiano and Charles Mkwepu noticed that the vehicle had caught fire. 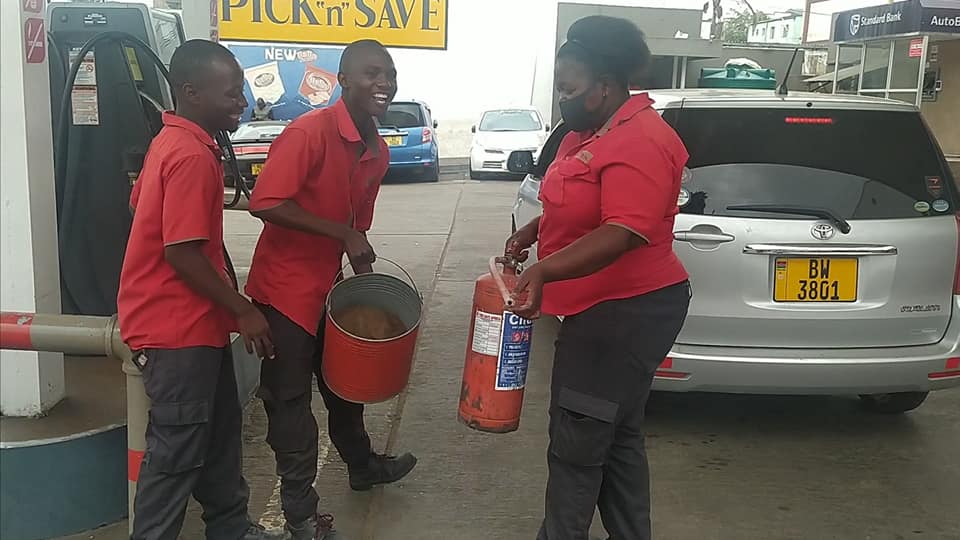 “Passengers scampered to get out whilst others shouted ‘Save us Lord!’,” said one of the attendants.

The three rushed with fire extinguishers fighting with the fire while the driver and his conductor were in total confusion and dilemma.
“We noticed the fire from the driver’s side and we knew it would be catastrophic if we didn’t play our rightful roles at that moment as here we sell flammable products,” said Damiano.

The driver said: “One of the pipes in the engine was loose and petrol was leaking igniting the fire.”

A traffic rule for passengers to disembark when minibuses re-fuel at filling stations is often flouted in Malawi.