Communities in traditional authority Chimutu in Lilongwe have commended the Pacific group of companies and Chambo fisheries on its borehole rehabilitation project saying it has really served them.

The Pacific group of companies and Chambo fisheries is running a borehole rehabilitation project in various constituencies nationwide targeting the poor people of Malawi.

According to James Nsusa the project team leader for the Pacific group of companies, borehole rehabilitation project started in 2015 in Balaka district.

Nsusa further said that the main aim of the project is to repair broken and vandalised boreholes that are not working in all the constituencies across the country.

Pacific group of companies and Chambo fisheries through this project has repaired close to 3150 boreholes to date.

According to Nsusa Some of the districts that have benefited from the project are Balaka, Mzimba,Karonga ,Kasungu,Nkhatabay,Rumphi,Lilongwe, Blantyre, Chiradzulu, Lower shire just to mention a few.

The Pacific group of companies has spent over k475 million for the past 5 years in borehole rehabilitation programs.

On his end James Nsusa said that the objective is to see to it that communities in the country have access for clean water and that women are not working long distances in searching for clean water.

In an interview with face of Malawi online publication the secretary for village development committee Secret Kaziputa in traditional authority Chimutu in Lilongwe said that for many years women in the area were walking long distances like 3 to 5 kilometers just to access clean water.

According to Kaziputa this led to gender based violence as their husbands were suspecting that the women were cheating them.

On his part group village head man Thyoka who is leading the traditional authority Chimutu’s council said that indeed his area has been facing the problem of water.

According to the chief council chairperson people in the area were drinking water from unsafe places and very often people would become sick of waterborne diseases like diarrhea.

According to the chief council the coming in of the Pacific group of companies to fix some broken boreholes in his area is a great relief and a task well worth clapping for.

Thyoka however has expressed as a worry that some unknown people are damaging the boreholes in his area stealing some items in greed of making fast money. He has set up community policing and has urged the community that he will not tolerate vandalism of boreholes and anyone caught would face the full arm of the law.

On her part member of Parliament for Lilongwe North constituency Monica Chayang’ana Muno has also held the Pacific group of companies and Chambo fisheries on its borehole rehabilitation project saying people in her constituency are no longer drinking unsafe water.

According to Chayang’ana Muno her people were at a risk of contacting waterborne diseases like Cholera before the boreholes were fixed. She further said ” I am proud of Pacific Group and personally would like to to thank Faizal Aboo who is truly a great son of Malawi. Only God Almighty can reward him and Pacific Group for this great initiative. He has taught us the real impact of a corporate social responsibility. I have no words to thank him and my people will always be grateful”.

As a reporter I was shocked at how the lives of the people can improve by the repairs of a borehole. The women around one of the village who benefitted from the Pacific Group initiative told me that they could now have 1 hour extra per day to do household chore and farming because of reduced distance to the water source.

In this regard Chayang’ana Muno has commended the Pacific group for assisting poor people who cannot have an access for piped water. The true monetary impact of the borehole fixing can never be documented as it is very vast and direvtly helps lives by saving time and availability of clean water.

According to Chayang’ana Muno her constituency has a population of 230 thousand saying 700 people are using one borehole hence urging authorities to consider drilling additional boreholes. 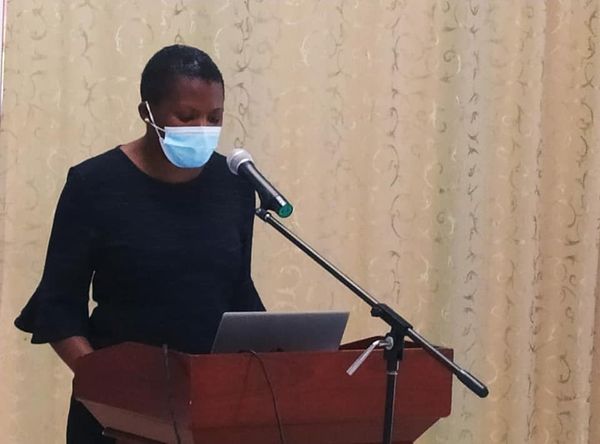