Nigerian artist Oscar Ukonu is a master of the ballpoint pen. He wields the writing tool with such precision and skill that he is able to draw artworks that cannot be distinguished from high-resolution photographs.

The self-taught artist started drawing when he was nine-years-old, but only got into hyperrealistic art during his time in architecture school. Up to that point, he had relied on the good ol’ pencil, but the moment in tried the ballpoint pen for the first time, in 2014, he knew he had found the perfect tool to take his art to a whole new level.

He has been mesmerizing fans of hyperrealistic portraits with his incredible artworks ever since. Okonu describes his creative process as his process as “a practice in time and patience”, which makes sense, considering that each and every one of his pieces takes between 200 and 400 hours of work to complete’ 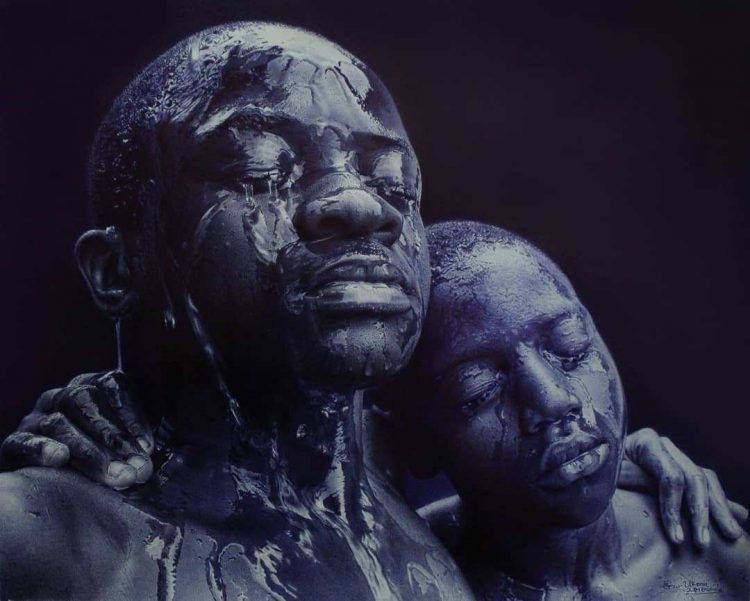 Oscar Ukonu spends an insane amount of time trying to capture the tiniest details and features of his subjects on a piece of paper, but the entire process is actually even more complex, as he begins by brainstorming for ideas, sometimes sketching some of them, then photographing possible subjects, and spending some time getting to know them, before he actually starts to draw them.

“Yea, the photoshoot is an important part of my process. When I have an idea for a series or artwork I pen them down and sometimes flesh out a few sketches. Then what follows is photography where I take maybe 100 pictures and select about 10,” Oscar told Vsionvry. “When it’s time to put pen to paper I let these pictures inform me. What I mean by ‘inform’ is that I don’t just use one picture: I use the whole photoshoot. That way I’m able to take down all the different individual pieces and  maintain the fidelity of the initial idea I had.”

Although Ukonu sometimes does celebrity portraits, his work mainly explores black identity and pride, as well as ideas associated with Afrorealism.

“Most of the ideas I like to work with are related to African identities, socio-political and gender issues and the way they all come together to shape our identities of the African experience,” the artist said.

For more impressive ballpoint pen art, check out the portraits of Alfredo Chamal, the vibrantly colored drawings of Samuel Silva, and the photo-realistic ballpoint pen art of Andrey Poletaev.