Teacher, 26, Charged With 2nd-Degree Rape ‘For Having Sex With A Teen Male Student

A special-education teacher from Oklahoma has been charged with second-degree rape for allegedly having sex with a 16-year-old student.

Andee Lantz ,26, was working at Carnegie Public Schools in Oklahoma when she allegedly began a relationship with a 16-year-old student. She later resigned in mid-November amid allegations of sexual misconduct. 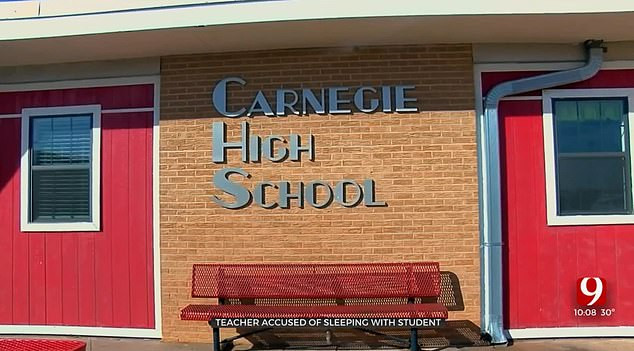 According to court documents cited by News9, the case began unfolding on November 16, when Carnegie Schools Superintendent Eric Smith contacted the local police, saying that Lantz was involved in a sexual relationship with a 16-year-old student at the local high school.

Smith said the allegations against Lantz came to light after the student began circulating a nude photo of the teacher around the school.

When questioned about the image during a court appearance in Caddo County court last Wednesday, both the boy and Lantz initially ‘denied any knowledge of the photo,’ but the teacher later allegedly admitted to engaging in an inappropriate relationship with the teen.

‘She said on one occasion she was riding around with [the student] and he leaned in [and] kissed her and that “it went from there,”‘ according to the documents.

Lantz’s first encounter with the teen allegedly took place after a homecoming game where the teen “leaned in and kissed her, and it went from there.”

The 26-year-old special-education teacher also admitted to having sex two or three times with the minor, according to the court papers. 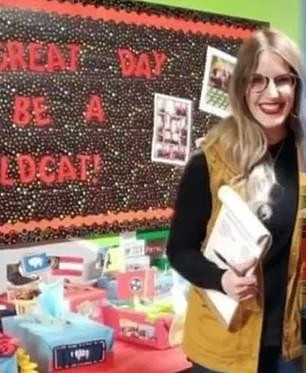 At least one of the trysts was said to have taken place at Lantz’s home in Carnegie.

The superintendent noted that the student was not in any of Lantz’s classes.

‘It makes me sick to my stomach,’ said local parent Susan Clark.

According to Clark, the inappropriate relationship started to get attention when a nude photo of Lantz began circulating the school.

Clarks’ children said the former educator was the “talk of the town.”

“In the beginning, I didn’t know if it was a rumor,” Clark said. “I called a couple of other moms, and they said it was true.”

“A teacher should not be hanging out with a high school student, period,” Clark said. “I don’t think this type of behavior should be tolerated, whether from a male or female teacher.”

(Visited 74 times, 1 visits today)
Previous articleWhatsApp to stop working on millions of phones from Friday, January 1
Next article‘Call it Villa Mutharika and not Nyekhwe Palace’-APM

Nothing new or surprising here! Entertainer Zodwa Wabantu has...

A military court in the Democratic Republic of Congo...
FaceofMalawiNEWS