A 25-YEAR-OLD woman from Oikango village near Ongwediva who was allegedly shot by a police officer in Omusati region in 2018 resulting in her being paralysed, wants compensation.

Since the shooting incident, Petrina Erastus has been in the hospital where she is confined to a wheelchair.

Erastus says she was shot by a police officer at Omakange on 13 October 2018 after armed robbers had broken into her room.

At the time Erastus was a shopkeeper at a mini market at Omakange.

She said before the shooting, she had told neighbours that there were suspicious movements at the shop and asked them to call the police.

ŌĆ£While I was in my room adjacent to the mini market, three men broke in and demanded money and keys to the safe. I told them I did not have money. They stuffed my mouth to prevent me from screaming and left. When they left the room, I heard gunshots outside the shop and came to seek refuge at nearby houses.

As I was running, I was shot in the back and fell down,ŌĆØ she recounted.

Erastus said as she was lying down she saw another person lying next to her. She later learnt that the person was one of the police officers who had come to the scene and had allegedly also been shot by the officer who shot Erastus.

ŌĆ£We were taken to Opuwo State Hospital but later transferred to Oshakati,ŌĆØ she said, adding that the police officer later died.

According to her medical report, she had two gunshot wounds in the stomach and her liver had been damaged.

The doctor added that her urinary control is not consistent after her prolonged period in Oshakati hospital. She is now on a self-urethral catheter.

ŌĆ£Police must pay me. They made me disabled. Now I just lie in bed, I cannot do anything. Had they not shot me, I would have gone to school,ŌĆØ Erastus told The Namibian on Tuesday.

She said the N$1300 monthly disability grant she gets from the government was not enough for her basic needs.

ŌĆ£The doctors told me they removed her pancreas because it was damaged in the shooting,ŌĆØ said Shekunyenge.

The pancreas produces hormones for the digestive system and to regulate blood sugar.

Shekunyenge said she left her job as a hairdresser in Windhoek to take care of her daughter and expressed disappointment that the officer who allegedly shot her daughter never visited her to see how she is doing and to apologise.

ŌĆ£I don’t know his name and I don’t know what happened to him. No one from the police visited. Only the officer who was investigating the case came to hospital, the last time being in 2019,ŌĆØ Shekunyenge said.

Contacted for comment, Kunene crime investigation coordinator deputy commissioner Rudolph Kanyetu confirmed the shooting but he said the officer has not been arrested or discharged from the force.

ŌĆ£The matter is in court. It’s not that he wanted to shoot them. It was a mistake. You need to look at the merit of the caseŌĆ”how it happened,ŌĆØ he said. He also confirmed the death of the other officer who was shot. 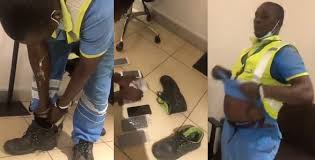 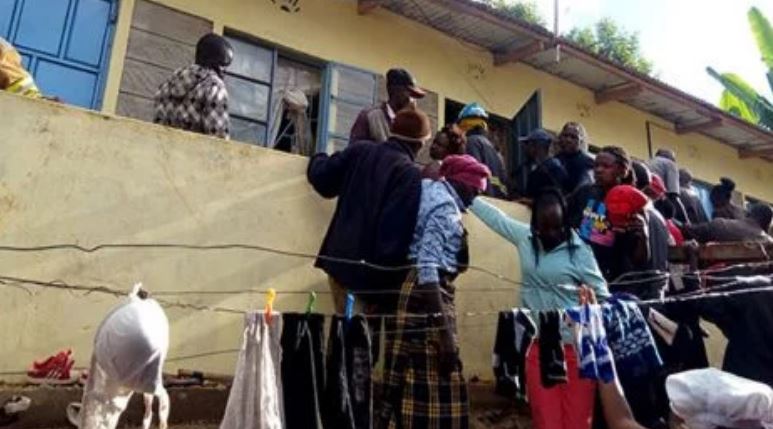