Namibia: A teacher from Limbandungila Combined School at Eenhana allegedly choked a colleague before stabbing her multiple times with a knife in the neck and face.

According to Police, the suspect, Faustina Mwetufa (27), appeared in the Eenhana Magistrate’s Court yesterday on a charge of attempted murder and reckless or negligent driving.

Iindongo, an entrepreneurship teacher, has been hospitalised after sustaining severe injuries to the face and neck.

According to a police report, Mwetufa, an English teacher, allegedly attempted to kill Iindongo because she had witnessed her stealing money from the school office.

However, the principal, James Yanbwa, claimed the money was stolen via his phone and not directly from his office.

Yanbwa accused Mwetufa of transferring N$6 200 from his phone to herself between 20 October last year and 19 March 2021.

ŌĆ£She did a lot of transactions on my account and I have opened a case of theft against her at Eenhana Police Station,ŌĆØ the principal claimed.

He added that last year, he had made a banking transaction on his phone in Mwetufa’s presence after she had asked for money.

ŌĆ£I told her that I only had money for my project. I did not know she took my PIN. From there, when she was broke she would ask for my phone to make calls only for me to realise on Friday that she was stealing money from my account,ŌĆØ says the principal.

On Friday, the principal allegedly asked Iindongo to check his phone for his transaction history and bank statement as he did not have the technical know-how to do it himself.

ŌĆ£We found that Mwetufa was stealing money from my account. I called a management meeting and she [Mwetufa] confessed that she had stolen the money and she pleaded with me not to report her to the police as she would pay back the money,ŌĆØ he said.

After the meeting, Mwetufa allegedly asked the victim to accompany her for lunch at Eenhana.

According to a teacher at the school, Iindongo and Mwetufa are good friends and often had lunch together.

On their way to Eenhana, Mwetufa allegedly told Iindongo that she wanted to go and pick up her cousin and she then drove into a thick forest where she abruptly stopped the car, and locked the doors and windows.

She allegedly jumped on Iindongo’s lap and told her that she loves her, but she was going to kill her.

Mwetufa was allegedly holding a kitchen knife and told Iindongo she was going to kill her and then commit suicide.

ŌĆ£She then choked her and stabbed her with a knife until Iindongo lost consciousness. Mwetufa then reportedly put Iindongo in the back seat and drove back to the tarred road. She then allegedly started speeding before the car left the road into a thorn three,ŌĆØ a source at the school said.

According to the police report released on Sunday, when Iindongo gained consciousness, she managed to get out of the vehicle and sought assistance from a passer-by who took her to the Eenhana Greenside Hospital.

Iindongo, who was later transfered to the Ondangwa Private Hospital, was unable to talk when The Namibian contacted her yesterday. She is said to be in a stable condition.

Mwetufa is set to make her next court appearance on 6 April. She has not been charged over the theft case. 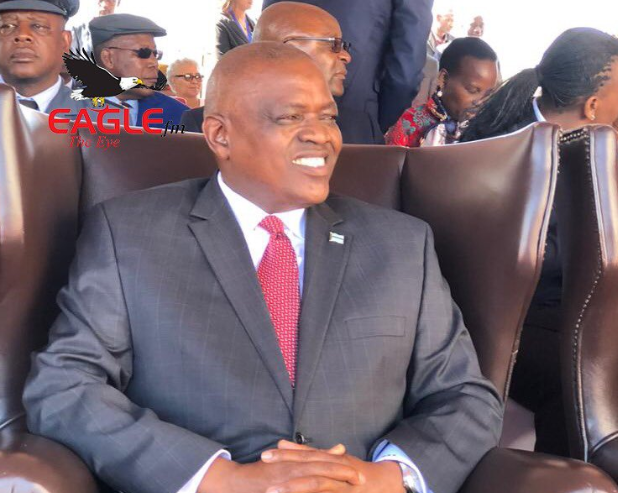