Death has been announced of Sub Traditional Authority (STA) Chikwa of Kasungu District.

Ministry of Local Government and Rural Development has confirmed of the development in a statement made available to faceofmalawi.

According to the statement, the STA, real name Lubi Chikwa, died on Wednesday 21st April, 2021 at Kamuzu Central Hospital after a long battle with Diabetes.

The departed STA is survived by a wife and four children.

Burial of the remains of STA Chikwa will take place on Friday, 23rd April, 2021 at his headquarters in Kasungu. 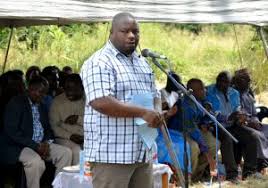 Nankhumwa Advises Farmers Not to Sell Produce to Vendors