A jury in Rome on Wednesday, May 5, delivered verdicts against Finnegan Lee Elder, 21, and Gabriel Natale-Hjorth, 20, handing them life imprisonment for the murder of Vice Brigadier Mario Cerciello Rega, 35.

Elder and Natale-Hjorth, who became friends while attending Tamalpais High School in Mill Valley, California, were found guilty on all charges of homicide, attempted extortion, assault, resisting a public official and carrying an attack-style knife without just cause.

Prosecutors alleged that Elder stabbed Rega 11 times with a knife that he brought with him on his trip to Europe from California and that Natale-Hjorth helped him hide the knife in their hotel room. 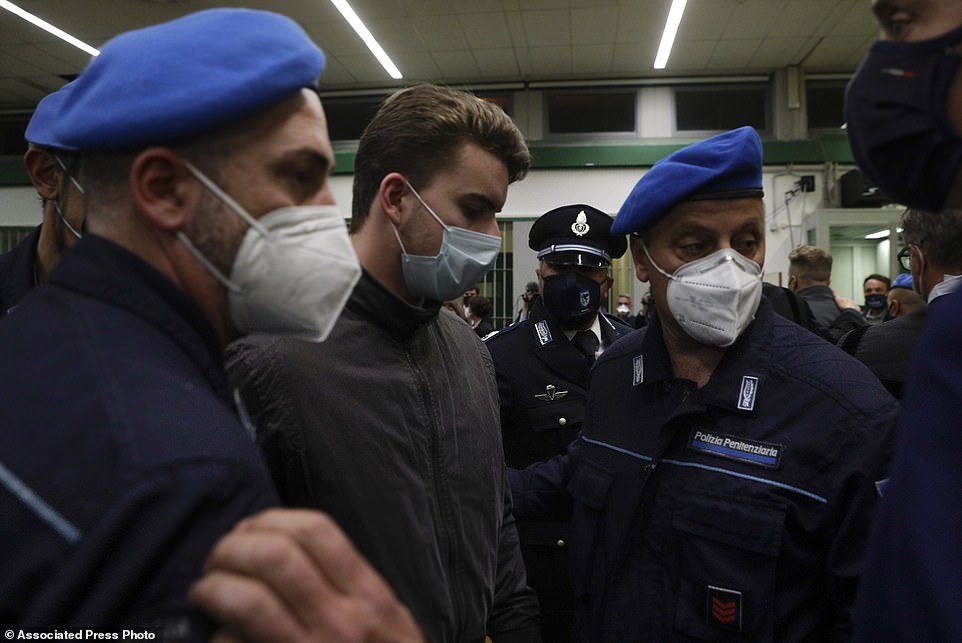 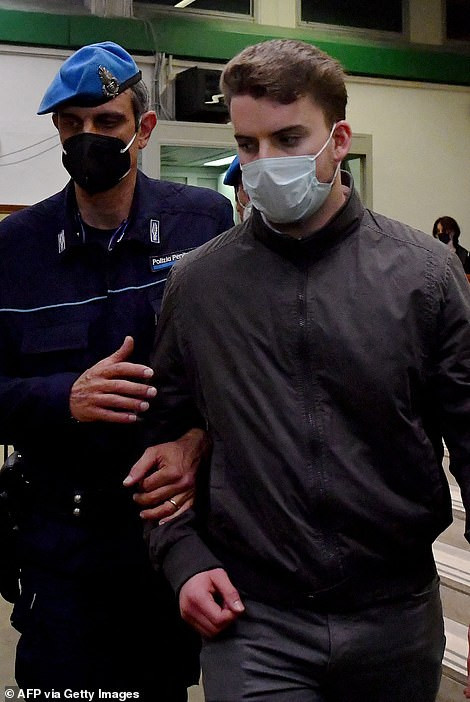 The stabbing occured on July 26, 2019, after Natale-Hjorth and Elder tried to buy cocaine with 80 euros ($96) from a man outside the hotel where they were staying in Rome’s Trastevere district, but were sold a crushed-up bag of aspirin instead.

The pair then allegedly stole a bag belonging to the suspected drug dealer and demanded 100 euros and a gram of cocaine for him to get it back.

The man agreed and told the pair he would meet them to exchange the bag, but instead called police to report that he was stolen from.

Policeman Rega (pictured below) and his partner, who were wearing plainclothes, were dispatched to the agreed meeting spot where they confronted the two Americans and identified themselves in Italian as police before Elder stabbed Rega. 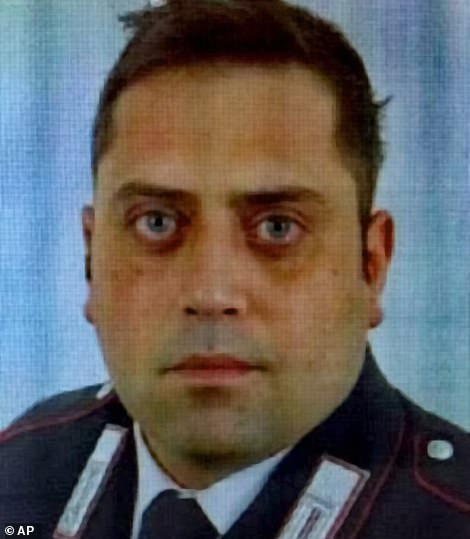 Prosecutors allege that the police officer was stabbed 11 times with a knife whose blade measures seven inches long. 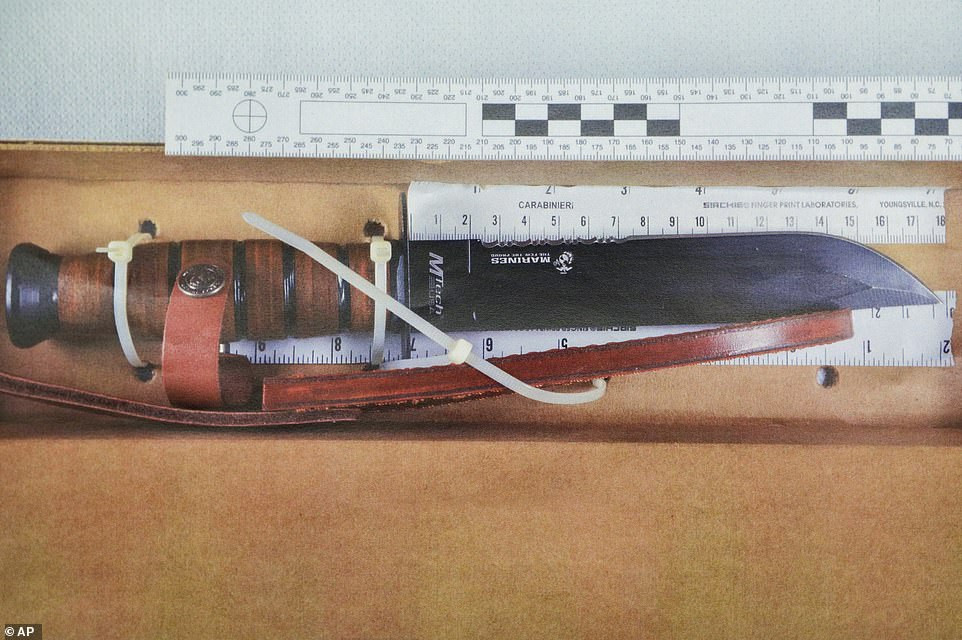 Rega’s widow Rosa Maria Esilio, who held a photo of her dead husband while waiting for the verdict, sobbed and hugged his brother Paolo as the verdict was read out in court.

As Elder was being walked out of the courtroom after hearing his sentence, his father Ethan Elder called out, ‘Finnegan, I love you.’

During court proceedings, both young men maintained their innocence and claimed they were jumped from behind by their adversaries, whom they believed to be thugs sent by a drug dealer who had swindled them when they earlier tried to buy cocaine.

They both told investigators they did not know Rega and his partner were police because they were not in uniform.

While it was Elder who drove the knife into Rega, Natale-Hjorth faced the same charges because under Italian law, an accomplice in an alleged murder can also be charged with murder even without materially doing the slaying.

At the time of the killing, Elder was 19 and traveling through Europe without his family, while Natale-Hjorth, then 18, was spending the summer vacation with his Italian grandparents, who live near Rome.

Nigerian actor Moses Armstrong has been caged by the...

President Lazarus Chakwera has said he has fulfilled most...

A grouping calling itself M’badwa Zokhudzidwa ha said will...
FaceofMalawiNEWS