A 25-year-old nursery school owner is in police custody in Dedza district for allegedly defiling a 6-year-old learner.

Dedza Police Publicist Cassim Manda has confirmed the development while identifying the suspect as Austin Chilaga, from Kanyimbo village in the area of Traditional Authority Njolomole in Ntcheu district.

It is alleged that Austin gave the kids assignment to mention their favorite colors before knocking off.

The kids did as instructed and were told to leave for home, leaving the victim alone with the director.

Police say the suspect then ordered the victim to sleep on a classroom bench before he forced himself on her.

He then sent the victim home after buying her puffs in a bid to make her not reveal the ordeal.

After two days, the victim started experiencing difficulties in walking, which forced her mother to ask more about it. The victim named the suspect as the one responsible and narrated what happened.

On close observation, it was discovered that she was also having bruises.

Since then the suspect had been on the run until his arrest on Monday.

When interrogated suspect admitted to defiling the child.

He went on to reveal that he defiled her on July 5, 2021, and claimed that the act was influenced by satanic powers

Manda has since urged parents and guardians to regularly check their children whenever they are back from school. 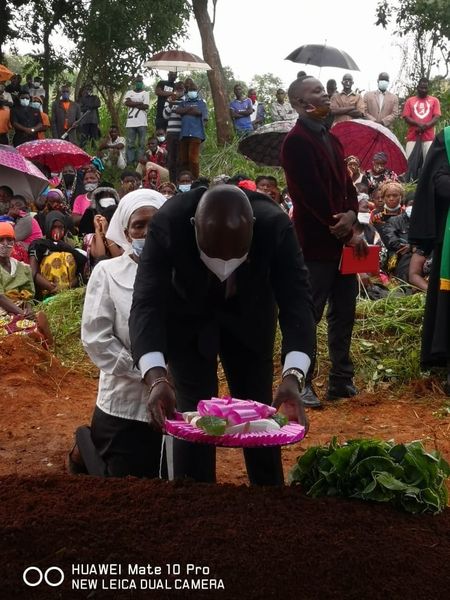