Kenya Police in Karaba, Mbeere South Subcounty in Embu county have arrested a nurse of a private health facility for allegedly raping a form one student.

The girl is said to have been admitted to Ngurumbani Medical Centre for treatment after developing health problems.

Mbeere South Subcounty police commander Gregory Mutiso said the suspect is currently being held at one of the police stations in the area.

Mutiso said after the girl was raped, she informed her father who told the police leading to the arrest of the suspect.

â€śThe girl aged 20 years was admitted at the facility to receive treatment and the nurse is said to have raped her, we have arrested him and is currently held at Karaba police station,â€ť said Mutiso.

The commander stated that after the heinous act, the girl was rushed to a public hospital where he was attended to and subjected to medical tests and was also given a P3 form.

Police are also investigating whether the nurse had administered sedative medicine to the girl before raping her.

According to the father of the girl, she had been admitted to the Private health facility with abdominal pains and the nurse was to examine her to ascertain the problem.

He said the nurse administered a certain jab to the girl and told her that he cannot leave her alone in the hospital bed because he needed close monitoring.

â€śThe girls feared to inform me what happened but she opened up to one of my daughters in law that a nurse at the facility tricked her into his house at night on grounds that he needed close monitoring because of the jab he had administered on her and raped her,â€ť said the father.

The nurse informed the girl that he was in fear that the drug administered would react at night.

After luring the girl to his house, the nurse told her to rest on the bed before raping her

It is also not clear whether the facility had other patients during the night when the act happened. 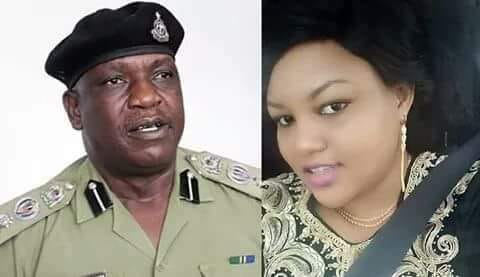