The former PSG forward Ronaldinho Gaucho has tipped the French giants to mount a serious challenge next season after the signature of Lionel Messi, Daily Mail reports.

Messi was officially announced as a PSG player on Tuesday, 10 August, signing a two-year deal with the club days after bidding an emotional farewell to Barcelona.

The transfer is still dumbfounding in many ways, as fans and pundits expected the Argentine to finish his career at Barcelona.

Among the superstars who reacted to MessiŌĆÖs PSG transfer was Ronaldinho, who was quick to wish his former teammate well.

He wrote: ŌĆ£It’s a great joy to have played in these two clubs and now see my friend wearing this shirt, may there be many moments of joy Leo!ŌĆØ

He was also quick to suggest that PSG would be a force to reckon with after the acquisition of Messi. ŌĆ£I’m also very happy with my partner @SergioRamos on the team and a super cast, I’m smelling Champions huh hahaha.ŌĆØ

Messi and Ronaldinho played together at Barcelona from 2004 to 2008 before the Brazilian was sold to AC Milan.

Thousands of PSG fans camped at the Le Bourget airport on Tuesday afternoon in anticipation of the arrival of Messi, who was mobbed as soon as he landed in France.

Soon after MessiŌĆÖs transfer was confirmed, fans were quick to conclude the combination of the pair alongside Kylian Mbappe was likely to wreak havoc in the Ligue 1 and Europe.

Neymar himself expressed excitement at the arrival of his former teammate as he took to Instagram to write ŌĆ£Back togetherŌĆØ in what was a clear show of joy at a reunion with the Argentine.

ŌĆ£I am excited to begin a new chapter of my career at Paris Saint-Germain. Everything about the club matches my football ambitions.

“I know how talented the squad and the coaching staff are here. I am determined to help build something special for the club and the fans, and I am looking forward to stepping out onto the pitch at the Parc des Princes.ŌĆØ 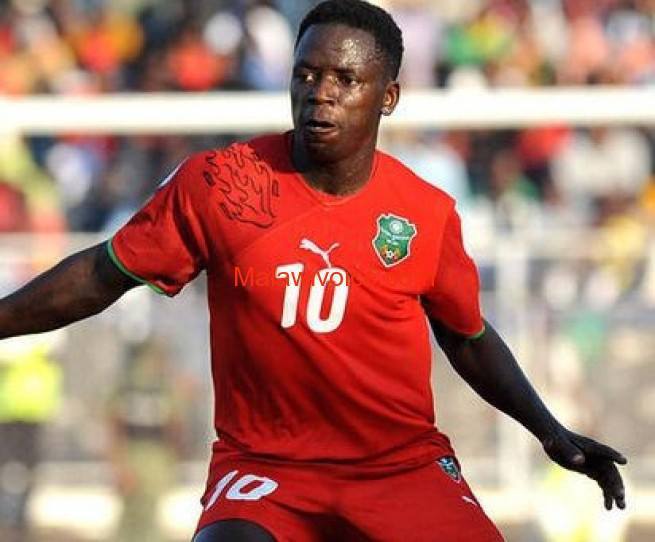 Malawi faces Ghana in the 2013 Africa Cup of Nations qualifying