Love is a very beautiful thing, some people have been in love throughout their life until death parted them away from each other. Some people have also been together as husband and wife, but their love story didnâ€™t stay long, just because they are not both the best match for themselves. Some people have lived for a very long time as partners, and their love keeps burning every day. The love between the old couple who have been in love with each other for not less than 8 decades is not a joke. They still live and pet themselves like young couples who just got married. They live in a village in one of the African countries. According to reports, they are parents, grandparents, and also great grandparents of many people. They have a large generation, including those who are not living in the village. The love between them has not reduced a bit since they first fell in love when they were very young. Love is a very sweet and beautiful thing, if you donâ€™t believe in love, this story should make you believe in love. The couple said it is only death that can separate them. Please like, share, and follow me up. 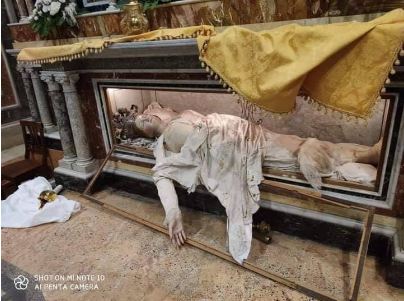 Man Suffocates his Mother to Death with Pillow while Asleep, Reports to Police as Missing Person

2 Sons Killed in Front of Mum for No Reason