Police in Mzimba have arrested 29 Ethiopian nationals for illegal entry into the country.

One Malawian national has also been arrested for aiding and abetting illegal immigrants.

The incident occurred on August 28, 2021, at Raiply in the district.

The police were manning Raiply Roadblock when they received a tip that a minibus registration number NB9570 was carrying illegal immigrants from Rumphi heading towards Lilongwe.

Mzimba Police deputy publicist, John Nyirongo, said when the vehicle reached the roadblock, officers searched the said motor vehicle and noticed that it had illegal immigrants from Ethiopian and one Malawian national, John Mphande, 44.

He added that all got arrested.

“All the suspects will appear in court soon to answer their relevant charges,” said Nyirongo.

The illegal immigrants hail from Ethiopia while Mphande is from Thula Village under Traditional Authority (T/A) Kabunduli in Nkhatabay District. – 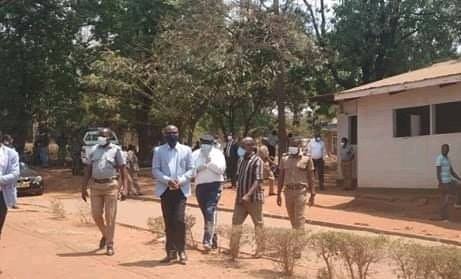