Magistrate Cecilia Onsewa of Mkukula Magistrates Court in Dowa has ordered the deportation of Tanzanian national Jacqueline John Kimambo and fined her K750,000 for being found guilty of importing about 2.1 Kilogrammes of apomorphine drugs.

The magistrate has stipulated that the 33 year old woman should only be deported back to her home country if she pays the fine or else she will have to serve three months imprisonment.

Kimambo was arrested at Kamuzu International Airport (KIA) on August 27, 2021.

Magistrate Onsewa said the ruling was made to deter the influx of dangerous drugs in the country, which has led to increased addiction among young people.

Girl,17, Dies After Being Trapped By Running Maize Mill Shaft In Madisi 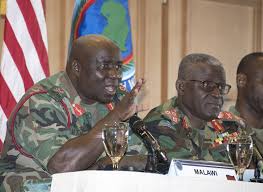