In South Africa, a teenage boy, 16, was stabbed to death by a 14-year-old girl, believed to be his girlfriend.

The 14-year-old is a student a Pholosho Secondary School in Alexandra. The stabbing is said to have happened in a house in Alexandra on Thursday, 9 September.

An insider revealed that the two were in a relationship. The ‘couple’ were said to have had a fight in the house, after which the girl stabbed her 16-year-old boyfriend to death.

The insider revealed that the injured boy’s friends took him to a nearby hospital where he passed away. Education MEC in the province Panyaza Lesufi has shared his condolences with the family of the boy who was killed.

According to News24, the incident occurred at 7pm in the township. Lesufi explained that the information they received was that the pupil who died passed away due to his injuries while in hospital, not on the scene.

Lesufi assured the public that a unit of psycho-social professionals were dispatched to the Alexandra High School in order to bring in support as well as counselling to the children who were impacted by the boy’s death.

A report by SowetanLIVE stated that the education department in Gauteng revealed that the police have now taken the matter over for further investigations. Lesufi said that the incident was saddening and further extended his condolences to the boy’s family and school. 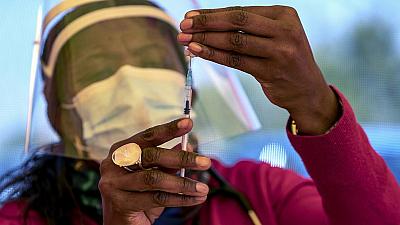