A pastor in Nyamira County, Kenya allegedly killed his wife before committing suicide in an incident that has left many locals shocked.

Pastor George Abisa in a suicidal letter obtained by local media alleged that his wife had infected him with HIV/AIDS following her affair with a local politician currently campaigning for Bogichora MCA seat.

It was gathered that on Tuesday evening, October 5, the couple indulged in a heated argument over the matter after rumours surfaced of the wife’s alleged secret affair with the politician. 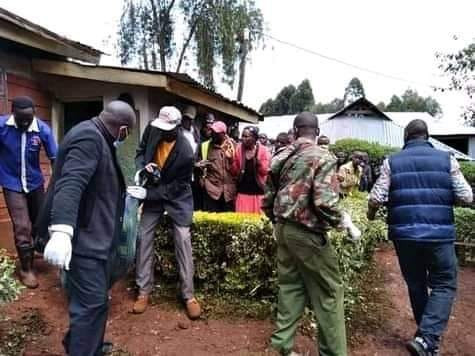 He got angry and picked a knife which he used to stab her several times until she died.

“He questioned her over the rumours that were going around about the alleged affair with the politician before stabbing her with a kitchen knife,‚Äù Hellen Moraa a local stated.

Soon after killing his wife, he penned a sad suicide note claiming that his wife was cheating on him. He said that she had even infected him with HIV something which he could not withstand at all.

He thereafter took his own life by hanging himself in their house. In the morning, police officers were called by concerned neighbors to check on the couple .

They were shocked to find the couple already dead with the letter on their table. The bodies have been taken to Nyamira county hospital.

Currently, no burial arrangements are taking place as the two bodies lie at the Nyamira County mortuary.

Detectives in Bogichora have already launched investigations into the matter with plans underway to summon the said politician. 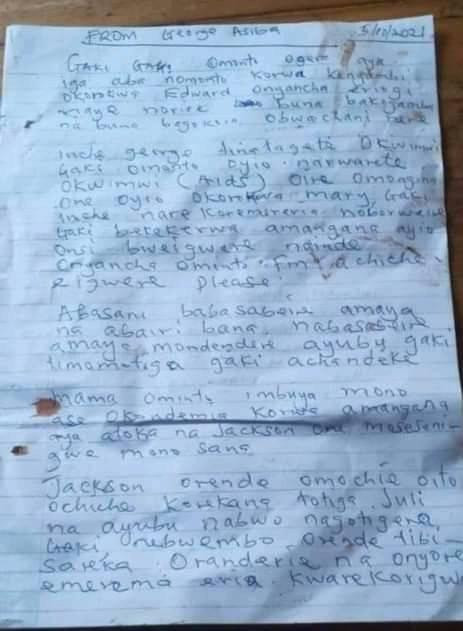 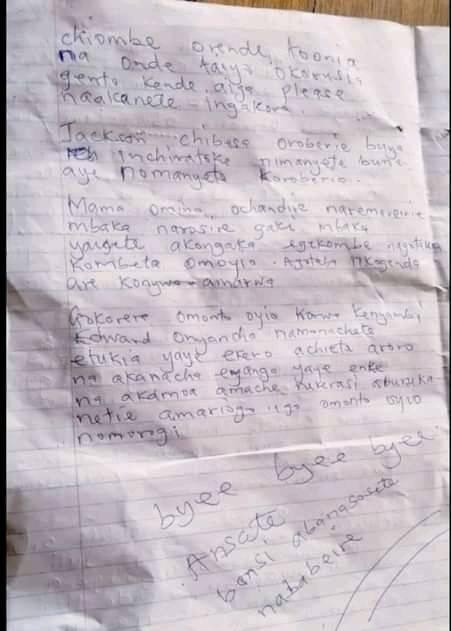 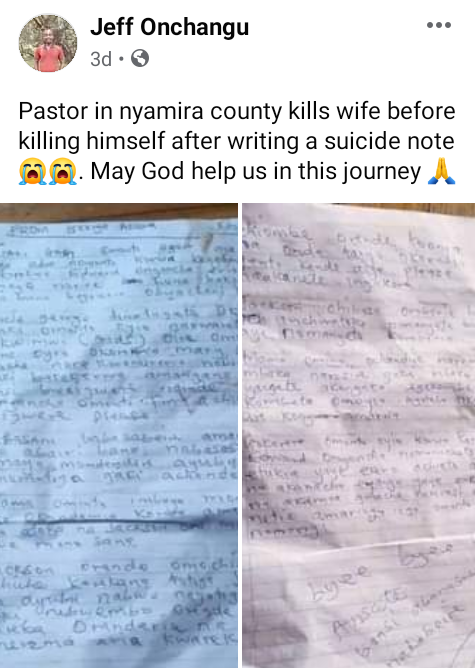 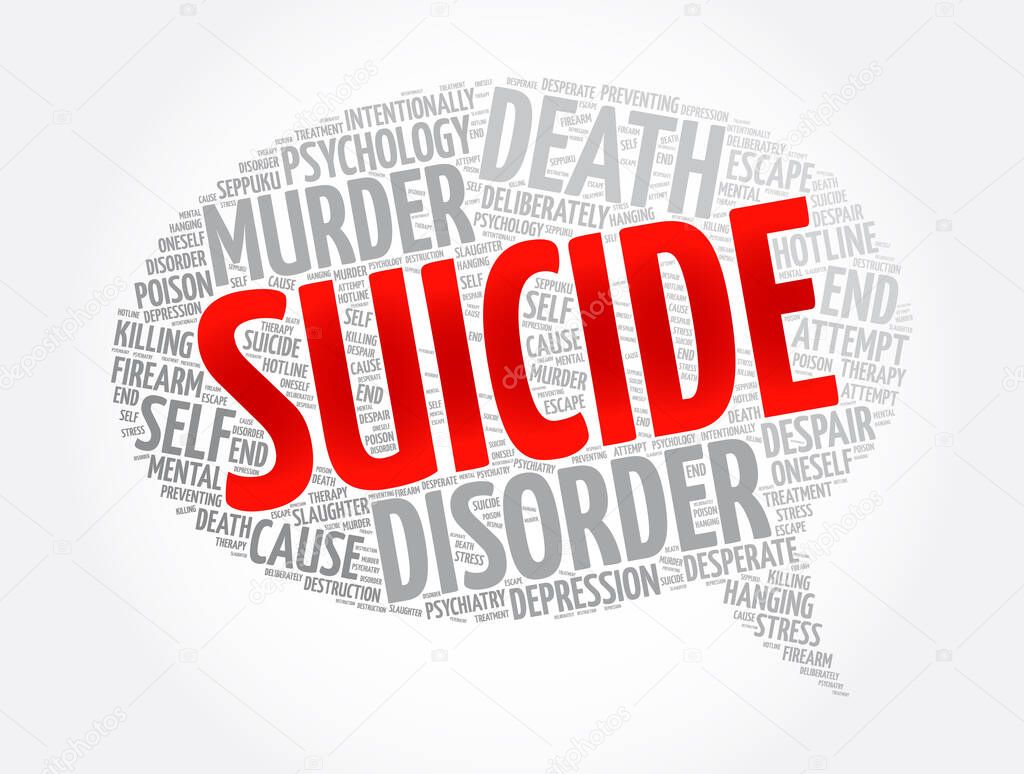 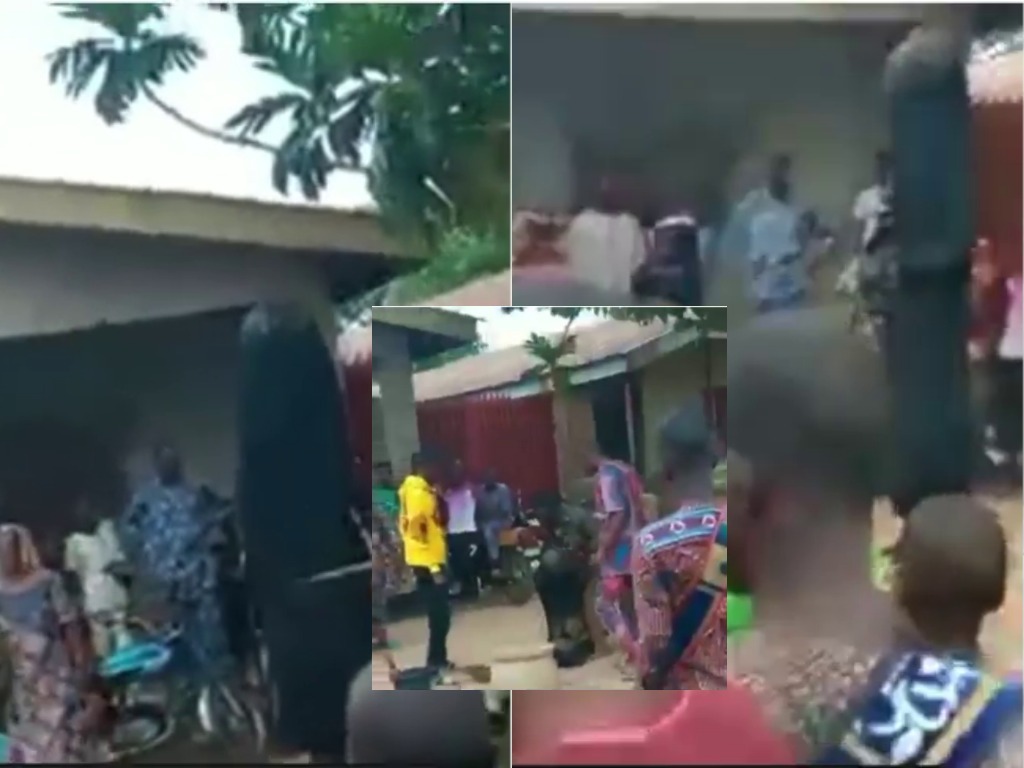