High Court in Lilongwe has given Bon Kalindo former executive member of United Transformation Movement and director of Youth a go ahead to hold demonstrations in the capital Lilongwe.

Yesterday, the Lilongwe City Council withheld its consent to allow Kalindo to hold his Malawi Sali Bwino demonstrations in the capital.

LCC attributed to Southern Africa Development Community (SADC) meeting which is scheduled to take place in the Capital starting from Friday as the reason to halt the demonstrations.

According to LCC CEO John Chome, the police said they will not be able to provide security.

The matter was in court where Kalindo was challenging a decision by the Lilongwe City Council to prohibit the planned demonstrations.

A determination made is indicating that the notification given to the city council on the demos was initially supposed to be sent to the Lilongwe District Commissioner.

Lawyer for Kalindo, William Chiwaya, points out that the demonstrations are going on tomorrow because the ban given by Lilongwe City Council was not supposed to be made.

Last week, former director of youth Bon Kalindo blamed the Tonse Government for failing Malawians, by not fulfilling campaign promises, and later organizing demonstrations against the rising cost of living. 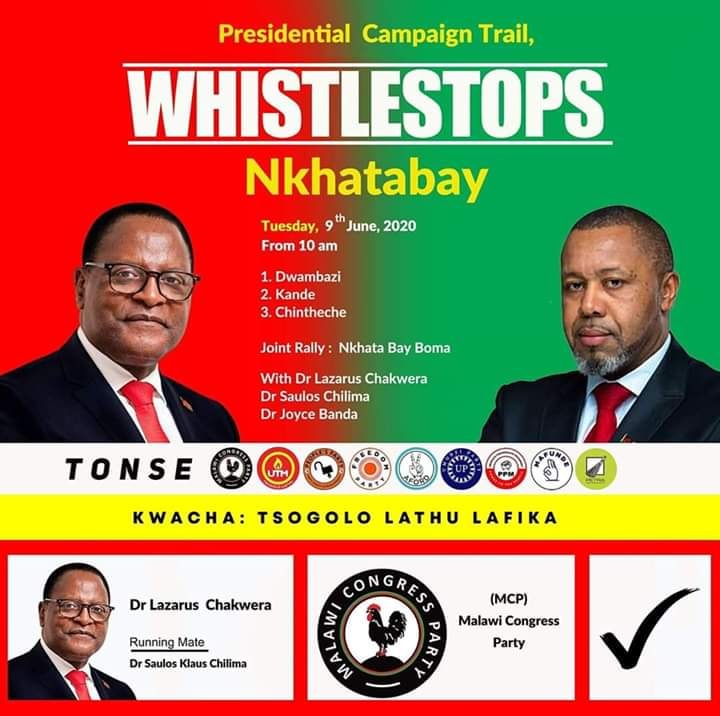