The settlement concludes a long-running case that has played out in UK courts between Princess Haya Bint al-Hussein, 47, daughter of the late King Hussein of Jordan, and her ex-husband, multibillionaire Dubai ruler Sheikh Mohammed bin Rashid al-Maktoum.

During the trial, the court heard details of the immense luxury in which the princess lived before she fled Dubai with her two children, Zayed, 9, and Jalila, 14. 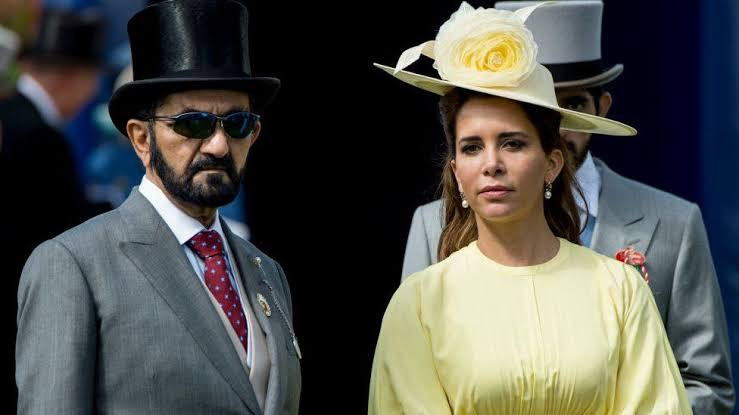 The court also heard Mohammed’s abusive behavior toward his wife and children, which prompted Haya to file for divorce and flee to Britain in 2019, saying that she feared for their lives.

The judge agreed that she faced risks and awarded the bulk of the settlement toward providing a lifetime of security for the princess and her children, including armored cars, cyber-protection, cameras and ballistic safeguards and bodyguards.

In October, a court ruled that Mohammed had used Israeli company NSO Group’s Pegasus spyware to hack the phones of Haya, along with those of the closest members of her inner circle.

The court also heard how Mohammed had abducted and brought back to Dubai two of his daughters, Princesses Latifa and Shamsa. Mohammed allegedly sought to buy a property neighboring one of Haya’s homes and issued threats to her life, including a text message that said, “We can find you anywhere.

The London judge ordered Sheikh Mohammed bin Rashid Al Maktoum to pay Princess Haya Bint al-Hussein 251.5 million pounds within three months to cover security and lost items like jewelery and clothing. He must also make annual payments of around 11 million pounds toward costs for his children while they are in education, which will be secured by a 290 million-pound bank guarantee, the judge ruled. The remaining millions account for backdated sums and a learning fund.

This would provide Princess Haya with a “clean break” from the sheikh following their divorce, Judge Philip Moor said in a ruling published Tuesday, December 22.

Before the ruling another judge found that the Dubai ruler ordered the hacking of phones belonging to Haya and her legal team.

The total amount the sheikh will have to pay to his family is likely to be much higher because of annual security costs he must pay directly to his children after they’ve completed education, according to the Judge.

After the ruling, the sheikh said in a statement that he “has always ensured that his children are provided for.”

Before Tuesday’s decision, the largest publicly known judge-ordered award in a divorce was 450 million pounds to the wife of billionaire Farkhad Akhmedov — though the two settled with a payment of less than one-third of that amount.

Princess Haya said during the case that she was “under siege,” and that the sheikh’s surveillance of her “could not be more intrusive and distressing,” according to the ruling. The only claim for financial provision she made for herself was for security and some lost personal possessions.

As part of the settlement, Judge Moor awarded the family over 5 million pounds a year to spend on vacations, including for flights on private jets. There’s nearly 300,000 pounds annually to cover the upkeep of their horses and other pets and even 39,000 pounds to install two trampolines.

Princess Haya said during the hearing that her reliance on periodical payments would put “incredible additional pressure” on the family because they will “be living always under the shadow of possible litigation.”

The judge acknowledged the “truly opulent and unprecedented standard of living enjoyed by these parties in Dubai” and said he had to reach “a conclusion as to what is reasonable while remembering that the exceptional wealth and remarkable standard of living enjoyed by these children during the marriage takes this case entirely out of the ordinary.”

Watch|| Nigerian Man ‘Knacks’ His Girlfriend Till She Passed Out

Watch|| Nigerian Man ‘Knacks’ His Girlfriend Till She Passed Out

A video vixen whose name is yet to be...

Red flags, by definition, are indicators of problematic components...