The Alliance comprises Church and Society of the CCAP Synod of Livingstonia, Centre for Human Rights and Rehabilitation, Youth and Society, as well as Malawi Law Society.
In a statement released a short while ago, the Alliance calls upon the Anti-Corruption Bureau (ACB) to prosecute those arrested without delay and according “to international fair trial standards”.

The statement further reads: “As an Alliance, we do not want to see any delays to the case considering that the arrests are coming after thorough investigations by the ACB, which, we understand, have so far established that Hon. Msukwa corruptly used the privileges of his office contrary to section 25 (1) as read together with section 34 of the Corrupt Practices Act. ” 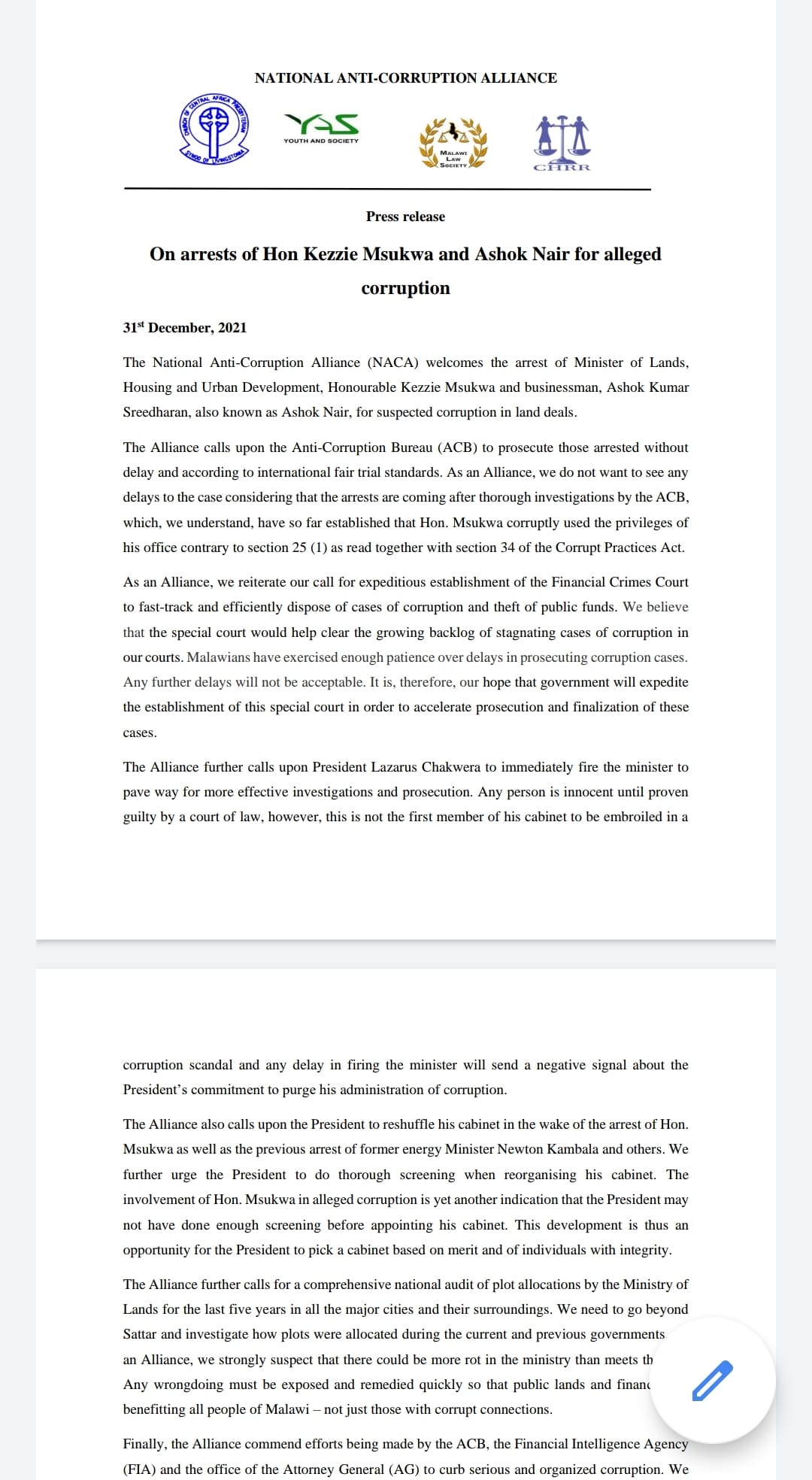 Police in Nigeria are investigating the beheading of a...

The internet is flooded with pictures of two female...

Women presenters and reporters on TV channels in Afghanistan...
FaceofMalawiNEWS