A Ghanaian gay man has given an explanation to people questioning his decision to marry his fellow man.

Sharing his story on social media, the man said he suffered a lot in the hands of women including his mother who was never a good wife to his father.

According to him, his mother left him and his father when he was just 6 years old and that was then his father told him to never trust a woman in his entire life.

He continued that when he reached the age pof dating he got his heart broken by the first girl he fell in love with just because he could not afford to provide for her.

He added that he has married twice but both marriages never worked.

After everything he went through he decided to marry his fellow man which according to him it is the best decision ever and he is happy like never before.

Read his full story below… 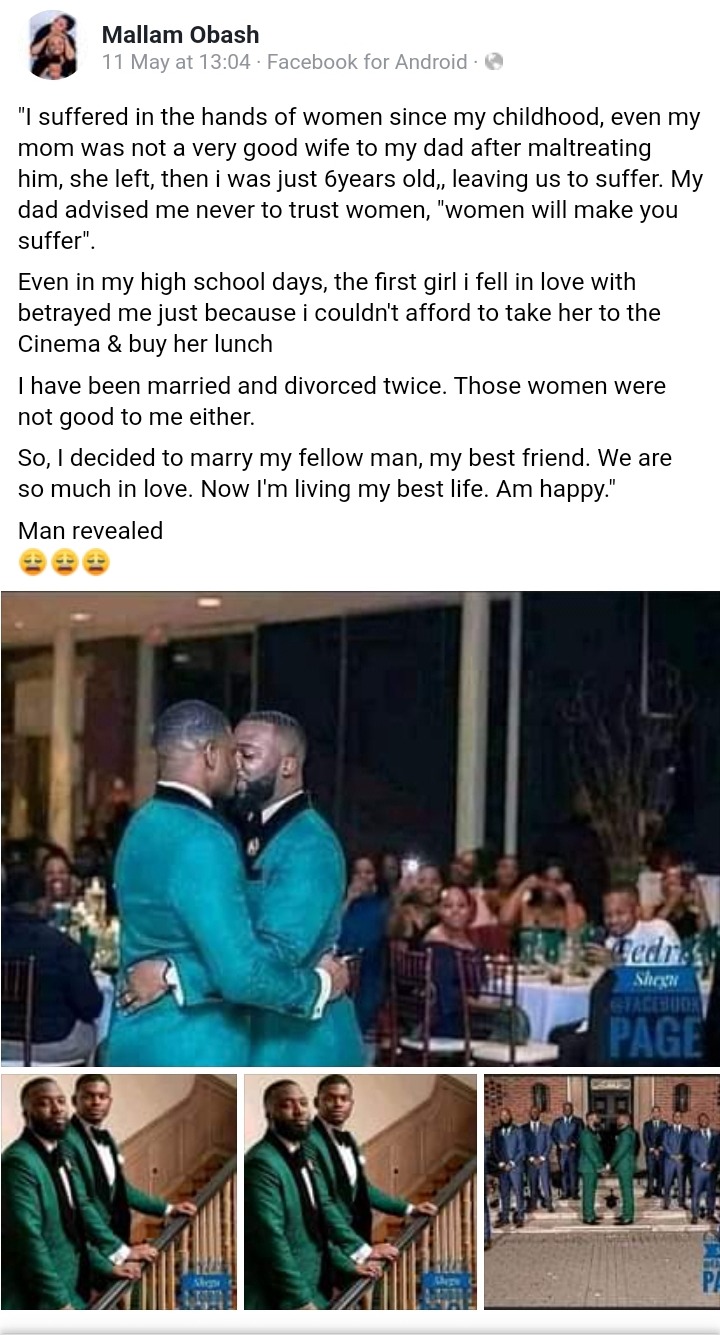