Former President Peter Mutharika who is also leader of the opposition Democratic Progressive Party has threatened to seek legal redress from courts against Former Vice President Khumbo Kachale over his alleged defamatory, malicious and damaging utterances

Kachali through his facebook page reportedly alleged that Mutharika’s government borrowed $350 million from the Afreximbank which he diverted it into DPP officials through FDH Bank.

Mutharika through his spokesperson, Shadreck Namalomba has trashed the allegations, describing it as false.

“The Afreximbank participated in the country’s secondary debt market as they bought already existing Government securities in form of Treasury Notes which were being rolled over. One can therefore never talk about diverting such funds into DPP officials,” reads in part the statement.

Below is Mutharika’s statement on the matter; 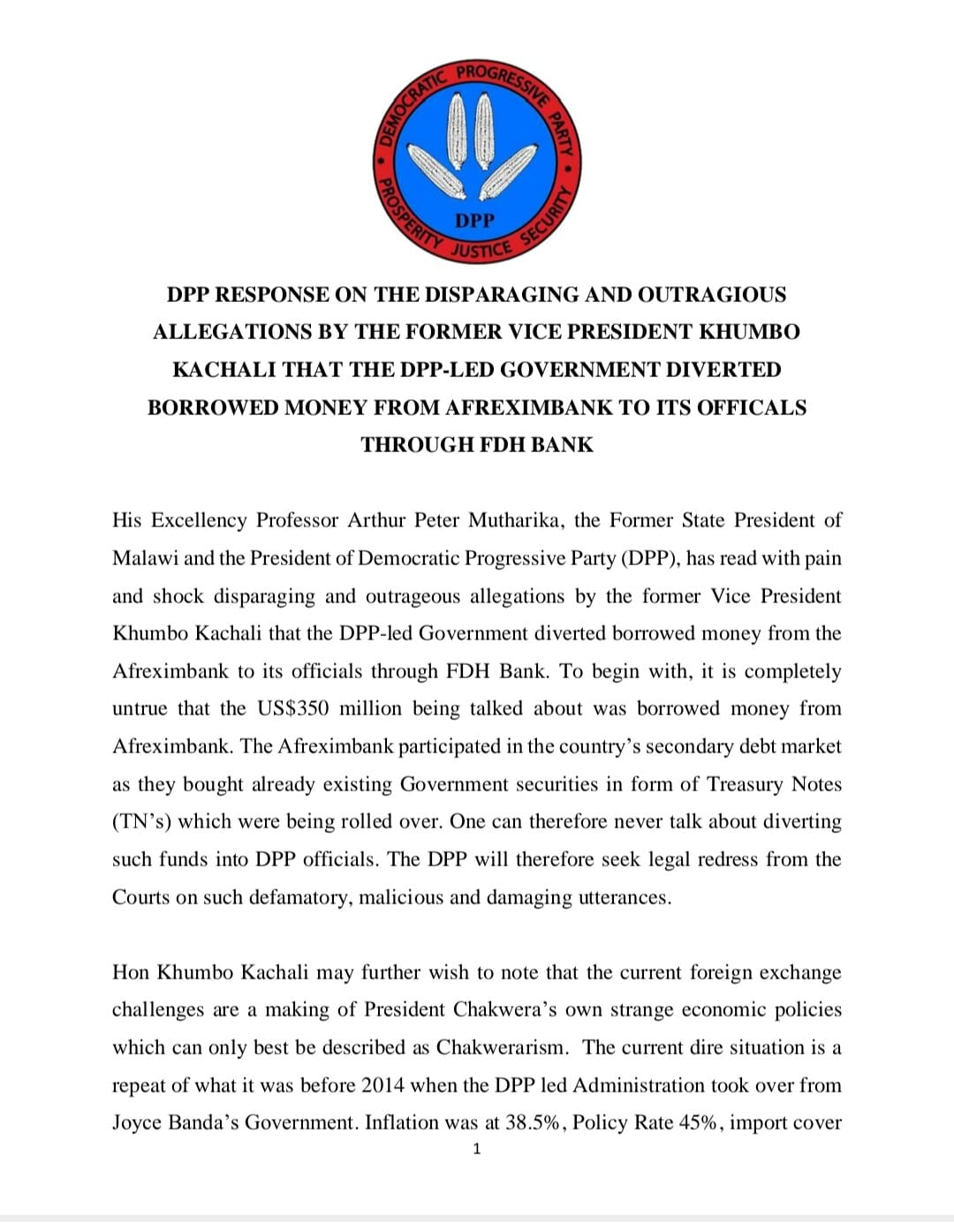 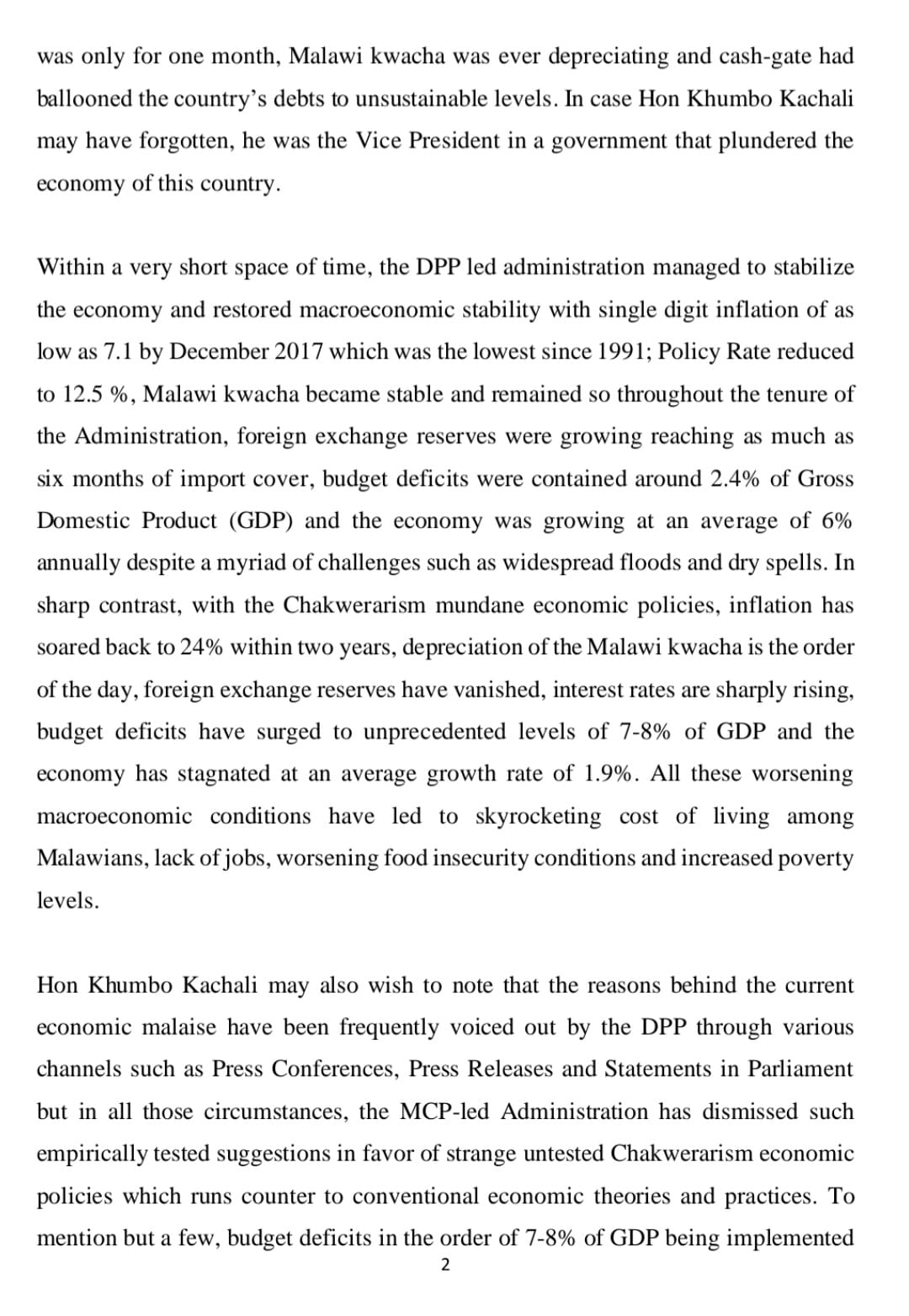 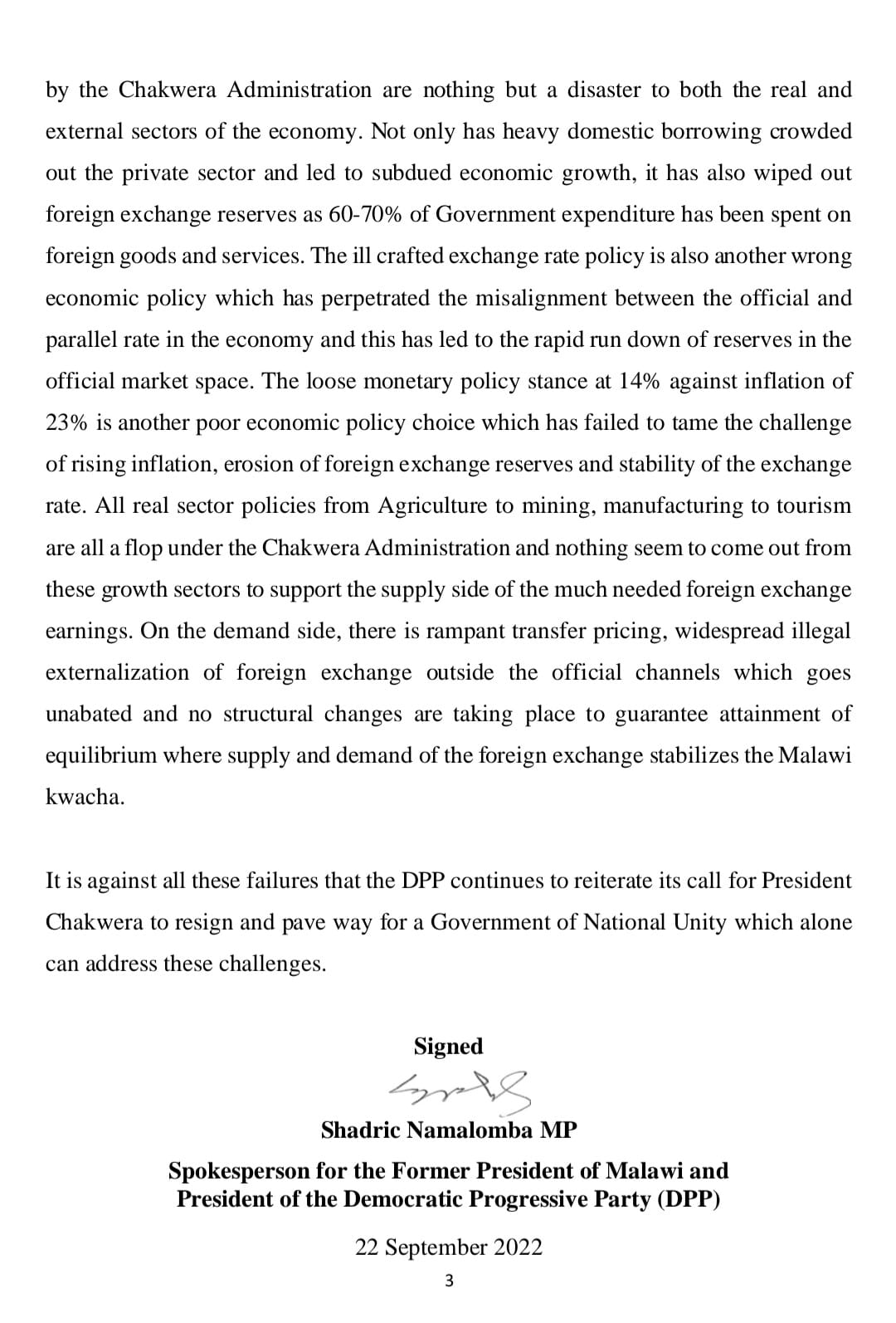 Previous articleMan found dead in a Lodge in Salima
Next articleBarely 2 Decades After Mugabe Kicked Out White Farmers In Zimbabwe, See Their Current Situation