Silver Strikers Secretary Peter Masiye has confirmed of the development in a statement made available to faceofmalawi.

According to Masiye, the club has also announced the arrival of China Chirwa, Emmanuel Kaunga and Gift Chunga.

Kajoke has joined the Reserve Bank of Malawi outfit as a free agent following the expiry of his contract at Nyasa Big Bullets whereas Kaunga and Chunga have moved to the Capital City heavyweights from Ekwendeni Hammers and Chirwa has joined from TN Stars.

A statement signed by Company Secretary, Peter Masiye, says the club has also parted ways with four others players; former captain Mike Robert, Levison Maganizo, Frank Banda and Misheck Malaisha whose contracts run out on 15th December last year and others will expire on 28th February this year. 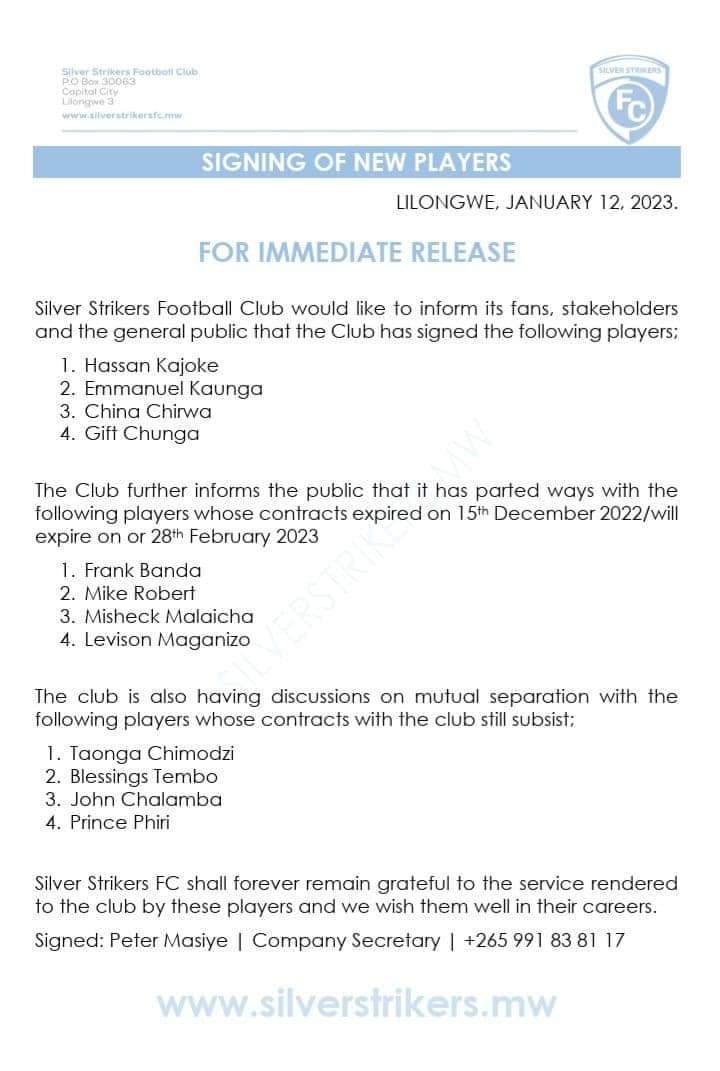 A 52-YEAR-OLD man of Libuyu Township has told Livingstone...

As the deadline for President Lazarus Chakwera's New Year...