BINGU AND GADDAFI -VICTIMS OF NEO-COLONIALISM 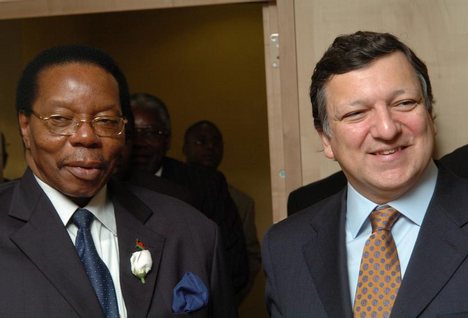 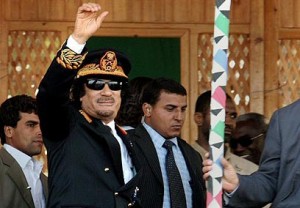 The United States has spent about $225 million firing Tomahawk missiles at Libyan targets; this is according to CNN estimates based on U.S. Navy figures. The cost could reach up to $800 million to fully establish the no-fly zone and another $100 million a week to maintain it going forward, said Zack Cooper, a senior analyst for the Centre for Strategic and Budgetary Assessments.

This would be spell out a very large financial burden to the United States government, and I am quite sure the United Kingdom and France are also facing such costs. These countries are already facing economic problems such as enormous budget deficits at home and financing their bombing campaign against Libya will only put further strain on their already exhausted budgets and erode the public coffers even deeper, putting an unwanted yoke on the taxpayer.

To prevent such a scenario where the taxpayer will have to be further burdened in order for their governments to finance their ‘liberation crusade’, because such scenario would cause public out cries and public unrest and cause Mr. Obama and his cronies to lose voter support, the governments of the United States, Britain and France need to cut cost somewhere so they can divert this money towards their military efforts in Libya, and where better else to cut these cost but from Aid funds which were supposed to go to third world countries, such as Malawi, that have no real natural resources to offer, so they have no real value to the United States and its allies, so cutting or with holding aid from them will not have any repercussions.

In my view the United States and its cronies have no problems with cutting aid from third world countries that have no significant natural resources, because the funds saved will be used to secure the biggest natural resource of all, oil.
The problem they have is that; they cannot just withdraw their aid support after already making a commitment to assisting these countries with budgetary and development support, without steering controversy, so what do they do?
They find an excuse, they look for an opportunity and my conclusion ladies and gentlemen is that Malawian N.G. Os have provided the United States and its allies the perfect opportunity to divert Aid funds for Malawi towards the financing of the ‘invasion’ of Libya.

Regardless of what these N.G.Os say, there is hardly any real human rights violations going on in the country. Malawi is a God fearing country and the Bible speaks out against homosexuality, so there is no way a mortal being whether white or not, donor or not will tell us, a sovereign nation, to go against the will of God, whose law is the most supreme, has Mr. Obama forgotten that when he was sworn in he took an oath with his hand on the Holy Bible.
This gay rights issue also shows the hypocrisy of the western people. They are the ones who brought us the Bible and yet they do not want to live by its moral codes and standards.

Furthermore, in my view standards of human rights cannot be equal for all countries, especially because Malawian is a young democracy and giving people too much freedom in Malawi will only cause chaos.
Looking at the media law, I find no problem with it because most of newspapers in the country abuse their freedom of speech.
Instead of writing positive things and encouraging the nation to come together and support the government in its government efforts, they only write negative things about the President and his government and go to the extent of publishing insulting cartoons, which I believe is wrong for a country like Malawi because as Africans we have to respect our elders and leaders and never criticize or humiliate them in public.

President Wa Mutharika and Col. Gaddafi are both victims of neo-colonialism. Even after Africa has gained independence, western countries still want to exploit us, steal and control our natural resources and dictate to us on how to run our countries.

Obama must not think that we are ignorant and that we do not know his true intentions of bombing Libya. The NATO alliance does not have the interests and well being of the Libyan people at heart, no but rather they are more concerned with the business interests of B.P, Total and Chevron.