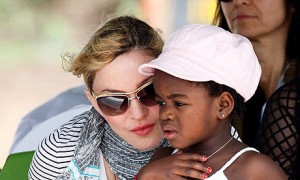 When Madonna broke ground for a school for girls in Malawi two years ago, it seemed to show that star power could overcome inertia and get things done. Instead, it has turned into a legal quagmire.

Construction of the $15m (£9.4m) school never started and eight workers at her charity were sacked.

Madonna has now been forced to launch a legal defence against the former employees, who are suing her for unfair dismissal and non-payment of benefits .

In papers filed at the industrial relations court in the commercial capital, Blantyre, Madonna asserts: “There is nothing unfair about the termination of the applicants’ employment since termination of employment was necessitated by genuine economic reasons.”

The papers were filed by the singer’s new lawyer, Davis Njobvu, of the private legal firm Savjani and Company.

The cancellation of the Raising Malawi Academy for Girls (RMAG) was announced in January amid allegations of mismanagement including excessive spending on officescars and golf membership.An audit found $3.8m (£2.4m) had been squandered.

Madonna said the decision by her charity not to continue funding the academy was taken “after carefully reviewing its financial commitments and future plans and was made in good faith”.

She said the academy, backed by prominent Hollywood figures and Madonna’s associates in Kabbalah, “had tried to act reasonably and expediently to avoid frustrating the former workers.”

The staff accuse her of terminating their employment without proper procedures and are demanding terminal benefits. They also claim they are being forced to sign a discriminatory termination agreement that is “unfair and unconstitutional.”

Madonna, who adopted a boy and a girl from the southern African country, says the termination agreement was “simply a confidentiality agreement which RMAG wanted the applicants to execute in consideration for the higher payments in order to protect the interest of RMAG.”

She says RMAG offered to pay all the workers terminal benefits over and above what they would be entitled to in a retrenchment and redundancy package “as long as they signed a confidentiality agreement”.

Hearing of the application to strike out Raising Mawali as a party to the action has been set for 27 April.

The group of sacked workers includes chief executive Dr Anjimile Oponyo. An audit by the Global Philanthropy Group, brought in by Madonna to rescue the charity, reportedly said of Oponyo: “Her charisma masks a lack of substantive knowledge of the practical application of educational development, and her weak management skills are a major contributor to the current financial and programmatic chaos.”

Madonna announced in January that she was overhauling her plans for Malawi. The academy had been intended to offer 500 scholarships to girls from impoverished backgrounds, but she said she realised this would not serve enough children in a country where only 33% of girls attend secondary school.

Madonna said she wanted to “reach thousands and not hundreds” and would expand the charity’s mission and change its management. “We are focused on an approach which builds schools within communities across the country.”Madonna bankrolls several orphanages in Malawi, including Home of Hope in Mchinji, 60 miles from the capital Lilongwe. The orphanage, home to 500 children, is where she first adopted a boy, David, in 2006. Some 25,000 orphans in central Malawi are fed, clothed and housed by Madonna’s charity.

Previous articleChina puts its mark on Malawi
Next articleThe opening of the Kalulu School, Malawi by John McAslan