Malawi’s justice and constitutional affairs minister, George Chaponda (pictured) has blamed Malawian human rights groups that advocate for the rights of sexual minorities for the withdrawal of foreign aid from the country.
“The country is suffering because of the conduct of some leaders of the civil society,” Chaponda said. “Those people are not patriotic. Some donors have withdrawn their aid and everybody is suffering.”
Chaponda said the discovery that Danish groups had donated $700,000 to support the rights of sexual minorities in the country over three years showed that they were “being used as agents from the government’s enemies”.
An editorial comment on Malawian state radio called on Malawians to oppose such groups.
“Someone wants to sell us back to the colonialists … Let’s fight against them before they succeed in handing us over to the colonialists,” radio announcer Mzati Mkolokosa said.
Denmark and Germany have withdrawn aid from Malawi, but its poor record on GLBT rights was just one issue cited alongside poor governance and growing restrictions on freedom of the press and political expression in the southern African nation.
Tags: Denmark, foreign aid, George Chaponda, Germany, Malawi 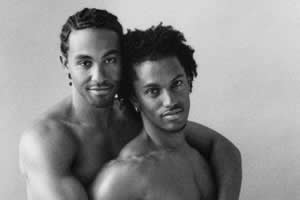 Previous articleBest Things To Do In Malawi.
Next articleMalawi Education: Students Get Rewarded for Academic Achievements at Nanthomba Primary School in Malawi