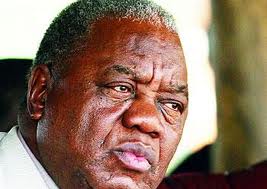 CHIEF Chikuwe of the Chewa people of Eastern Province has described as an insult the allegation by former ambassador to Malawi Milton Phiri that President Rupiah Banda was not Zambian and has summoned him to appear before his traditional court.

The traditional ruler, who has summoned Mr Phiri to appear before his traditional court by this weekend, said in an interview in Lusaka yesterday that the former Diplomat should have verified the President’s roots through the traditional leadership before issuing unsubstantiated statements.

Chief Chikuwe said President Banda’s parents were both Zambians who hailed from the eastern province. The traditional ruler, who is a relation of President Banda, said Paramount Chief Gawa Undi of the Chewa would not have allowed him to be a chief in his chiefdom if he was not Zambian. “It is an insult on Paramount Chief Gawa Undi, we won’t allow Milton Phiri to defame the traditional leadership of the Chewa people.

If he wanted details of the nationality of the President he should have come to my village and I would have given him Ndunas to talk to.

“The President’s mother Sara Sakala was Zambian and ba Bwezani the father was also a Zambian so what is that young man talking about. He is such a young boy to start claiming things he doesn’t know. I actually think he is mad,” he said.

Relevant Links
Southern Africa
Zambia
“Why is he questioning the roots of the President today? President Banda worked at NAMBORD he never questioned, he worked as a Diplomat and even as a minister and lately as Vice President so why would anyone question his nationality today?” he said.

He warned that Mr Phiri should not involve traditional issues in politics as that was undermining the role of traditional leaders. “We are the chiefs and the people who know our subjects so he is actually undermining us as traditional rulers. That is why we want him at the palace,” he said.

He said it was traditional leaders who are the custodians of their subjects’ birth roots. He said he had asked the Eastern province permanent secretary to summon Mr Phiri.

“If he doesn’t come we shall ask the police to force him to come and appear before us,” he said.