10 Cruel Things Malawi Women Do To Their Men 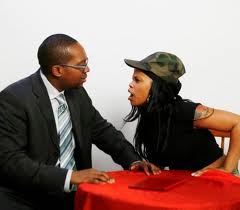 Malawian Women can be cruel, and they often do cruel things to men. Despite their reputation as the fairer sex, when it comes to relationships, sometimes women can be downright nasty. It seems like a reverse sexism started to take hold as the feminist movement came about and equality for women began gaining ground.

Some Malawi women use their girl-power solidarity to come to a consensus on what’s socially acceptable for women to do to men in a relationship. They’ve agreed among themselves that these behaviours are perfectly justifiable regardless of how they play with a man’s emotions or ego.

With that, we’ve compiled a top 10 list of cruel things women do to men.

No.10 They Don’t Pick Up The Phone

You convinced her to give you her number and you’re feeling good about yourself. Your charm and good looks have obviously made an impression on her. Unfortunately, when you try to call, she doesn’t pick up or, worse yet, she’s given you a fake number. Some women will give you their numbers because it’s easier than trying to tell you why she’s not interested. What’s more, in the age of caller ID, it’s easy for her to avoid your calls. At least the women who give you a made-up number are being more obvious about the fact that they have no intention of talking to you again

No.9 Use Men For Free Drinks

Some women go out never planning to spend any of their own money on drinks at the bar or club. Instead, they count on their feminine wiles to convince guys to shell out for their libations. Some of these women will take the opportunity of a guy buying a drink for her to begin to get to know him, but others (the cruel variety) will take that drink, flirt a little and move on to the next sucker with money to burn.

No.8 Use Men As Placeholders

Maybe you’ve been in a relationship for a while and you notice that her eye is starting to wander. She’s starting more fights with you or not bothering to fight at all anymore. Her friends get quiet when you walk into a room. She’s avoiding your phone calls. Her things are disappearing from your place. The AM article Breakup Warning Signs talked about all these hints that she’s thinking about putting an end to your relationship and, well, they’re cruel things.

If she is a decent person, she’ll just get it over with and dump you already, but if she’s cruel, she’ll hold on to you for a while until somebody new comes along. These girls don’t like to be alone and without a relationship, so instead of putting you out of your misery and ending it, she’ll string you along until she meets someone to replace you. If she’s really cruel, she’ll start things up with him before she’s finalised the breakup with you.

Men don’t like to see women cry and some cruel women will take advantage of this fact and use it to get what they want. In general, women are much more emotional than men and it’s easy for some women to use a man’s complete incomprehension of female feelings to get something out of him. A few well-placed tears or a temper tantrum and most men will do anything to get it to stop.

No.6 Use Physical Violence

Men are usually raised with the idea that hitting girls is a major no-no. Unfortunately, there are some cruel women who use this aspect of a man’s personality to gain power over him. In the minds of some women, it’s perfectly acceptable to slap a boyfriend across the face when he says something to piss her off. Knowing that he would never hit her back, this type of woman feels like she can inflict any kind physical pain on him without fear of repercussion. A man is also less likely to tell someone about suffering physical violence at the hands of his girlfriend if he believes he’ll be thought of as weak or pathetic.

No.5 Criticise Their Men In Public

A growing trend in television shows and commercials is that of depicting men as bumbling idiots, while their wives and girlfriends are intelligent, in control and flawless. This may contribute to the real life practice of cruel women who criticise and humiliate their men in public places. Women can get away with this in ways that men would never be allowed to. When a woman pokes fun at her man or even soundly debases him, the group surrounding them is more likely to laugh than to be appalled.

No.4 They Don’t Disclose Their Relationship Status

You’ve pulled out all your best moves and you seem to be making progress with the cute girl you’ve just met. When you finally get to the point when you feel you can safely ask for her number, she smiles and says: “I have a boyfriend.” That information would have been nice to have at the beginning of the conversation, love. It’s certainly not the worst thing a woman could do to a man, but it is annoying when she lets you assume that she’s available so that she can enjoy your flirtation and flattery.

No.3 They Withhold Sex

This is a time-tested, and frequently used, cruel thing for women to do to men. For most men, sex is as important as breathing, so withholding it in order to get something she wants or simply to punish her man for his transgressions is a pretty low thing to do, even if it is effective.

No.2 They Test Their Men

You’re all ready to go for a night out with your friends, when your girlfriend calls and asks you to change your plans to be with her instead. She doesn’t have any particular reason; she just wants to see you. She knows that you had plans to meet up with the guys, but if you really loved her, you’d come over to her place instead. If her request comes with an “if you really loved me,” then it’s a test. If you choose anything other than immediately rushing to her side, you’re going to fail. This kind of testing in a relationship is indeed cruel and petty.

No.1 They Flirt To Inspire Jealousy

Maybe she’s feeling underappreciated, maybe you’ve just had a big fight or maybe she just enjoys the tortured look on your face. For whatever reason, girls who flirt obviously with other guys in front of their boyfriends are immature and manipulative.

Tadikira Released From Cell To Meet Mutharika and Family

Tadikira Released From Cell To Meet Mutharika and Family

Former President Peter Mutharika has taken advantage of his...

The University of Malawi (UNIMA) board has demanded students...

A businesswoman has been killed in a road accident...
FaceofMalawiNEWS