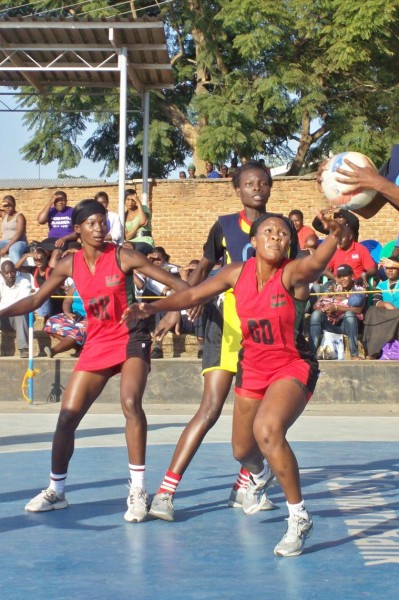 Malawi national netball (Queens)  coach Edith Kaliati has expressed satisfaction with her team’s preparation for the upcoming World Championship in Singapore next month after the new-look squad beat Uganda 54-48 baskets on Saturday before beating them 48-45  24-hour later at College of Medicine Sports Complex and Blantyre Youth Centre respectively.

The results come after another back-to-back wins in a friendly against Botswana last week.

The Queens are preparing for the World Netball Championship to take place in Singapore from July 3-10 with the Malawi Queens in pool D together with England, Barbados and Malaysia.

In both matches, shooter Sindi ‘Sniper’ Simutowe was toast of the day as she played with her lungs out together with up and coming Joyce Mvula.

Simutowe netted most of the baskets, that netball followers predicted that her combination with Australian based Mwayi ‘Professor’ Kumwenda will be a force to reckon with.

Joyful Phiri, a netball fan, who watched Sunday’s encounter said: “ Sindi is a marvel to watch because of her scoring skills and l have no doubt that with Mwayi they will form a good partnership.”

The Queens coach, Edith Kaliati was delighted with her players and promised to progress through in their pool.

“I am very happy with my players and l have no doubt that we will do well in our group,” she said.

However, there was debate among spectators as some were of the views that veteran Mary ‘Atcheya’ Waya should be brought back in the squad.

Waya, who joined the camp after Netball Association of Malawi in conjunction with Sports Ministry intervention, left camp on Tuesday night after some up and coming players threatened to boycott training.

The players stated that calling veterans meant the technical panel lost confidence in them.

Martha Kangaude, who watched Sunday’s match said Waya was influential in the team and lobbied for her come back.

“Do you think we can beat teams like England without the experience of veteran players like Mary? These youngsters should think twice because Mary is respected by England, Australia and many netball teams around the globe,” said Kangaude.

The tournament will be held at the Singapore Indoor Stadium from July 3 to 10.

Previous articleBanda’s father was a Malawian, claims ex-envoy to Botswana
Next article10 Cruel Things Malawi Women Do To Their Men