2009 Improved economic conditions in Malawi: Progress from a low base 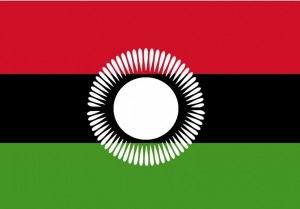 Malawi is a small and landlocked sub-Saharan African country, with a population of 13 million. Agriculture contributes about 35% to the country’s gross domestic product (GDP)  and employs 85% of its workforce.  The national poverty rate in 2009 was 39%, with significant regional and rural-urban variation: about 14% of the population in urban areas lives in poverty compared with 43% in rural areas. Rural populations depend on agriculture for their livelihoods, mostly maize.

Between 2004 and 2009, Malawi averaged 7% annual GDP growth, well above the sub-Saharan African average. This has been paralleled by significant poverty reduction and a notable drop in inequality. Progress on human development is also evident: the country ranks among the top 20 performers on several Millennium Development Goal (MDG) indicators in terms of both absolute and relative progress.  However, the reality is more complicated than the macro indicators reflect.

Malawi is essentially a story of progress in economic conditions since 2004, thanks to macroeconomic stability, an effective input subsidy programme, improved policy coherence and strengthened national ownership of development policy. The UN Secretary-General has lauded Malawi for its progress: ‘In a few short years, Malawi has come from famine to feast; from food deficit to surplus; from food-importing country to food exporting country.’