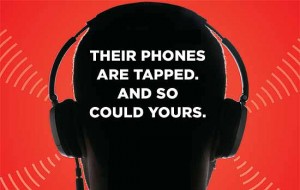 The Malawi government, through the Malawi Communication Regulatory Authority (MACRA), is buying equipment that could allow it to act as ‘Big Brother’. The move has however, met resistance from telecommunication operators in Malawi who are saying this will violate and compromise the obligation and duty they have to their subscribers.
It is also against the laws of Malawi.

Section 21 sub section c of the Malawi Constitution states that “Every person shall have the right to personal privacy, which shall include the right not to be subject to interference with private communications including mail and all forms of telecommunications”.

MACRA has since paid US$250,000 as part of the cost for the equipment from a US firm Agilis International according to documents that have been leaked to the media.

Minister of Information and Civic Education Symon Vuwa Kaunda on Thursday, 7 July 2011, told the Weekend Nation that the project will help government monitor revenue generated by the operators.

He said the intention is not to listen to phone conversation of subscribers.

“Tax was removed on handsets and imposed on airtime. Government has no mechanism to monitor revenue generated by these operators. We are at their mercy. They declare at the end of the year how much they have generated. They can give any figure. The facility is to do with revenue generation to help MRA [Malawi Revenue Authority] tax accordingly,” the Weekend Nation quoted Kaunda as saying.

He said operators are against the project because it concerns money.

There are however, many reasons than just reluctant to release money if what is in another leaked letter to MACRA director general from the four operators, Malawi Telecommunication Limited (MTL), Telecom Networks of Malawi (TNM), Airtel Malawi and Access Communications Limited (ACL), is anything to go by. The operators started showing their reluctance way back in October last year when they refused MACRA’s request to submit sample data for the project.

A letter written by the four operators dated 17 September 2010, signed by the then TNM acting CEO David Chetty, Airtel (then Zain), MD Saulos Chilima, Faizal Okhai ACL CEO and MTL CEO Bernd Flack, says all telecommunication operators have an obligation and duty to act in the best interest of their subscribers and the request by MACRA could lead to a compromise and violation of this.

“Further, the data requested is voluminous and, in order for the operators to be able to comply with the request, it will require a great deal of time and resources expected on the part of operators. We are also constrained by confidentiality provisions with numerous third parties, which make the provision of such information difficult,” argued the four companies.

The letter then declared that it is the consensus of all telecommunications operators that until MACRA address the concerns raised in this letter and at earlier meetings or correspondence, the operators are not obliged at this time to submit the information as requested.

Leaked minutes of the meeting held at MACRA House on 1 October 2010 chaired by Richard Chisala, board chairperson of MACRA technical sub-committee, indicate that government says the CIRMS Project is aimed at enhancing the monitoring, verification and validation of quality of service, revenue assurance, fraud management and spectrum management.

The operators further wonder if consumer protection is considered in the whole project, considering that the information about subscribers will be given to the authority without the consent of the consumers.

Operators also demand to know how confidential and secure the information collected by the authority through the CIRMS equipment will be and challenge MACRA that they have internal quality teams, quality assurance teams and fraud management teams who are dedicated to their work. They also argued that for revenue assurance, they use the services of external auditors.

However, MACRA insists that the project was initiated in order to enhance its ICT regulatory management capacity.

In the minutes MACRA argued that it will not be monitoring calls, but rather analysing call records.
Macra also justified the project by saying that in other African countries like Guinea and Congo Brazzaville the system is in use while Uganda is in the process of implementing one soon.