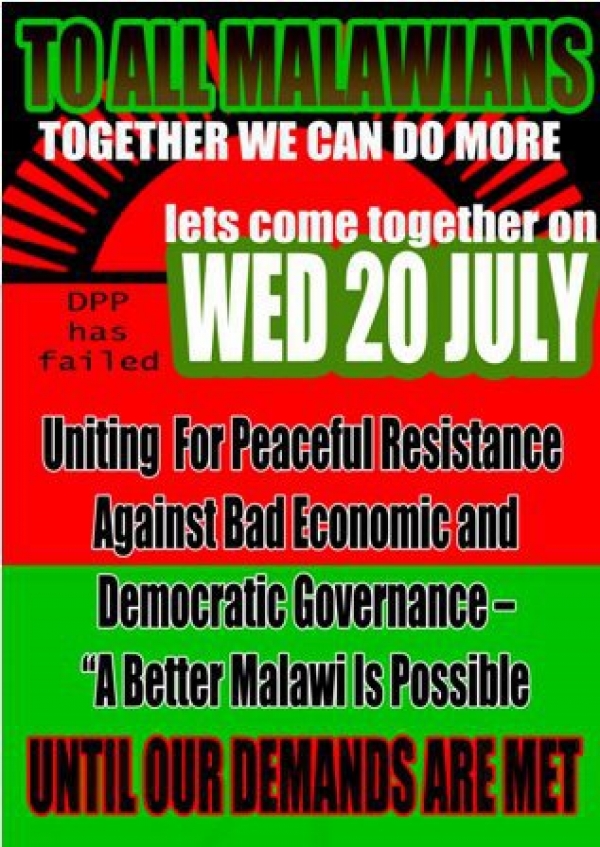 There is increasing political unrest in Malawi as it gears itself up for a day of mass anti-government protests today (Wednesday 20th July).
Demonstrations are planned in the four main cities of Blantyre, Lilongwe, Zomba and Mzuzu. The marchers are taking to the streets against what they see as President Mutharika’s increasingly repressive laws and gross mishandling of the economy, which has led to massive fuel and foreign exchange shortages in the nation.