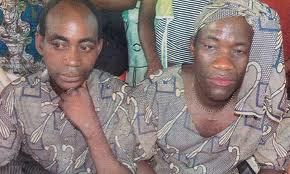 African countries which persecute gays will have their aid cut, International Development Secretary Andrew Mitchell has said.
Mr Michael was quoted by the Britain’s Mail on Sunday saying that already his country has cut aid to Malawi by £19million after two gay men were sentenced to 14 years hard labour.
Mr Mitchell, one of Mr Cameron’s closest allies, is also threatening to impose further aid ‘fines’ against Uganda and Ghana for hardline anti-gay and lesbian measures.
The policy was disclosed after Mr Cameron defended his decision to legalise gay weddings when he addressed last week’s Conservative Party Conference.
It also comes at a time when the divorce of Kenya gay couple in London, Charles Ng’ang’a Wacera and his civil partner, Daniel Chege Gichia were said to be seeking divorce, two years after their internationally debated wedding.
Mr Wacera had told the Nation in an interview last week that the reason why his marriage to Gichia broke down was a campaign of negative publicity by media houses back home in Kenya and in social forums.
The cut in aid to Malawi came after two gay men were convicted last year under the country’s rigidly imposed ban on homosexuality.
Pop stars Elton John and Madonna joined an international outcry when Tiwonge Chimbalanga, 26, and Steven Monjeza, 20, received a 14-year sentence for getting engaged.
But a Judge in Malawi was quoted saying in his judgement: “‘Malawi is not ready to see its sons getting married to its sons.”
The Mail reported that Uganda also faced the threat of an aid ‘fine’ by the UK unless it abandons plans to extend the death penalty to homosexuality.
Three weeks ago, the newspaper said, Mr Mitchell protested to Uganda’s President Yoweri Museveni, who has claimed ‘European homosexuals are recruiting in Africa’ and who believes gay relationships are ‘against God’s will’.
Uganda is due to receive £70 million from British taxpayers in 2011.
“Again during a visit to Ghana earlier this year, Stephen O’Brien – Mr Mitchell’s deputy – told President John Evans Atta Mills that Britain would cut its aid unless he stopped persecuting gays,” The Mail claimed.
However, the threats to cut the aid to Ghana appeared to have little effect. Even though Ghana gets £36million a year from the UK, her President has vowed to ‘institute measures to check the menace of homosexuality and lesbianism.
And one of his regional ministers called for the ‘immediate arrest of all homosexuals’.
A spokesman for Mr Mitchell said: “The Government is committed to combating violence and discrimination against lesbian, gay, bisexual and transgender people in all circumstances, in this country and abroad. We take action where we have concerns.”
“We now allocate funds every three months, rather than every year, so that we can review a country’s performance, for example on human rights, and take swift action when governments fall short. We only provide aid directly to governments when we are satisfied that they share our commitments to reduce poverty and respect human rights.”