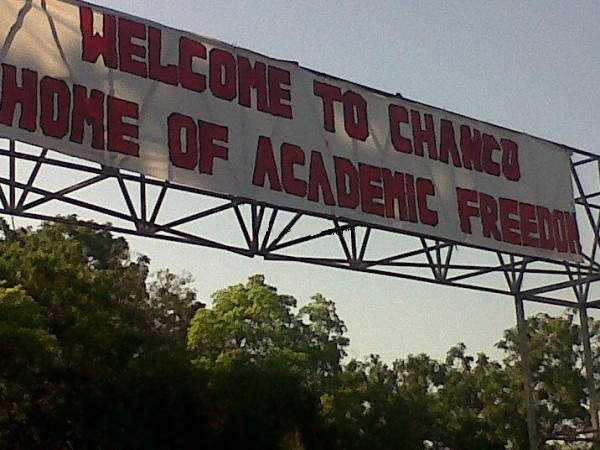 Life at the University of Malawi, Chancellor College seems to be taking its shape after the long academic freedom stand-off. But is it as it seems?? Our freelance reporter had some time with one of the students at the University Here is what they discussed:-

Q. How does it feel to be back in class?

A. It feels good, after missing a lot over the time.

Q. Is life the same as it used to be, in terms of learning and other school activities??

Q. How did you (students) receive the news that you have been granted the Academic Freedom?

A. We were happy to receive the news.

Q. Do you think you have been granted the freedom to its fullest?

A. It’s a strange thing that out of the blues He (the President) could just come and say you have been granted the freedom you wanted, when there were a number of issue he was supposed to address us properly, of course we are happy that we got the freedom we wanted, we are not sure if it was granted all heartedly.

Q. So in other words you are doubting the President’s decision?

A. Obviously, YES because it’s doubtful according to the pattern things happened

Q. Can you clarify on that?

A. Ok, the things is, it’s was a matter of an apology from the Inspector General (Mukhito) himself after all what happened. So at the time being, it means the president has granted us the freedom of which the IG still denies by not accepting his actions. He was wrong and he has to accept it. It’s not like we want the actual apology itself, we want to be assured and that’s it. For example let’s take it if it’s your friend who has wronged you, would you accept the apology from his father if he (the friend) denies doing wrong??

Q. What is your say about the Commission of Inquiry?

A. The term itself makes some sense but I would say it didn’t take the proper channel. Because there is a lot that needs to be analyzed. It was clear that the animosity between the government and the University of Malawi lecturers could have been solved easily if necessary steps and wise measures were followed right away from the beginning of the issue.

Q. Do you have anything else to say on the matter and the way it is being handled?

A. There isn’t much I can say but all I can say is that the whole issue of academic freedom was politicized and this triggered the unnecessary antagonism and delays. Should we say that the mission is complete??

It’s so surprising that a simple issue that required just an explanation and an assurance turned to bitter milk to the government, students and the lecturers. This is so sad and it is very necessary that the solution at hand should be analyzed critically. I believe that the decision of the government has its benefit and it’s a very good gesture. We should not over limit it and if we overstretch it too much, it will be useless. It is necessary that the University Council strategize all the necessary elements in order to improve the working conditions and to put into practice the granted and assured academic freedom, but in the process of Academic Freedom Stand-Off, we a very bad rise in cases of pregnancy.

So my question is “How is the government handling the pregnancy issue at the moment?? Is it just going to sit there and watch???