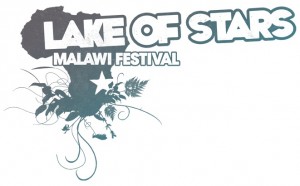 After the fantastic success of the 2011 event, which the international media hailed as the most spectacular festival in the world, the Lake of Stars team will be taking a year off from producing the Festival to focus on strengthening local talent and supporting local initiatives. The Festival will return to the palm-fringed shores of Lake Malawi in 2013, bigger and better than ever.

Speaking from Malawi, Will Jameson the Director and founder of Lake of Stars said: “Lake of Stars has always been about much more than just an annual festival.  It’s a year-round project to promote arts, travel and development, but staging the Festival consumes all of our small team’s time and resources making it difficult to focus on our other goals.

“After eight years of the festival, we have decided to take stock of our experiences in putting the Festival together, and spend some time supporting local initiatives in Malawi. We also want to take time this year to incorporate the feedback from Malawians and international festival goers, artists and sponsors to help us build a bigger and better event in 2013”

The team behind Lake of Stars are remaining engaged in Malawi in 2012 through the support of local arts and creative initiatives, and have ambitious plans for the event in 2013.  Will Jameson is currently in Malawi speaking with supporters and partners in Malawi about a range of potential projects.

Will continued: “We are looking into ways in which we can support the development of the creative industries here in Malawi. We will be supporting the good work the Arterial Network Malawi, Music Crossroads and Blantyre Arts Festival are doing here.

“Also, in partnership with Edinburgh Napier University, we are submitting a proposal to the Scottish Government to support the impact of local arts projects and deliver a three year training course in creative business skills.

“We are really keen that the 2013 Lake of Stars Festival is a launch pad for Malawian artists and creative professionals to showcase what they have to offer. We will use the extra time we have in 2012 to ensure we deliver on our ambitions for the event.

The festival saw record attendance in 2011 and the project has reached an audience of over 300 million people through media coverage since 2009.  The 2011 festival generated a record-breaking $1.3 million dollars of local spend.