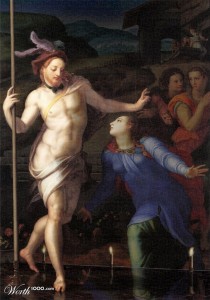 Please join us in condemning the stripping of women in Malawi by endorsing the Strip-Me-Not Campaign.

The Strip-Me-Not Campaign is an initiative of the Solidarity for African Women’s Rights [1](SOAWR) Coalition after learning that street venders in Malawi are stripping women and girls wearing trousers and short skirts. The campaign aims at standing in solidarity as African women to offer support to women and girls in Malawi by way of mobilizing many other women from across the African continent to denounce this barbaric act that violates women’s rights.

SOWAR is calling on all women and men of goodwill to endorse the Strip-Me-Not Campaign Statement.

The Statement with all signatories will be delivered to Embassies of Malawi across Africa, Office of the President of Malawi, Ministry of Gender and media houses in Malawi and Africa on 3rd February, 2012.

Your endorsements (name, organization, country and signature) should be sent to admin femnet.or.ke before the end of day on 30th January, 2012.

Kindly circulate this call for action to your various constituencies in your country.

[2]The mobs of men and boys in Malawi beat and stripped women in markets for wearing trousers or short skirts, rather than traditional Malawian dress for women. Other African nations, including Kenya South Africa, [3] Zambia , and Zimbabwe have seen similar attacks and harassment of women. Last year, women and men held “SlutWalks” in South Africa , joining an international campaign against the notion that a woman’s appearance can excuse attacks and rapes.

[1] The Solidarity for African Women’s Rights (SOAWR) Coalition is a Pan-African regional network comprised of 39 national, regional and international civil society organisations based in 18 countries, working towards the promotion and protection of women’s human rights in Africa . Since its inauguration in 2004 SOAWR’s main area of focus has been to compel African states to urgently ratify, domesticate and implement the Protocol to the African Charter on Human and Peoples’ Rights on the Rights of Women in Africa .

Hundreds of people have protested in Blantyre in Malawi about attacks on women for wearing trousers.

Some women were this week beaten and stripped by vendors on the streets of the capital, Lilongwe, and Blantyre for not wearing traditional dress.

A BBC reporter says women wore trousers and mini-skirts to the demonstration to show their outrage.

President Bingu wa Mutharika has said on national radio that women had the right to wear what they want.

He denied reports that he had ordered women to stop wearing trousers, and ordered anyone harassing women to be arrested.

Until 1994, women in the deeply conservative southern African country were banned from wearing trousers or mini-skirts under the autocratic rule of Hastings Banda.

Men were also banned from having long hair.

Women have also been attacked for wearing trousers in Kenya, South Africa and Zimbabwe in recent years.

One sign was held up during the gathering with the words: “Real men don’t bother women” and some of the women wore white T-shirts saying: “Vendor: Today I buy from you, tomorrow you undress me?”

“The reason why I’m here is because I’m in total disbelief that in the year 2012 women are being stripped naked,” Ms Banda told the BBC at the vigil.

Speaker after speaker condemned the harassment of women, saying Malawi could not afford to turn back the clock, our correspondent says.

“Trousers and mini-skirts for most women in Malawi is a symbol for our hard-won freedom from the one-party dictatorship to the multiparty era,” one woman said.

“Therefore it has been a shock… that 18 years after that multiparty [era began] we can sit here and talk about women being undressed in town. It’s abominable.”

Our correspondent says men and boys also attended the event where there was dancing and singing, with the Bob Marley classic No Woman No Cry getting the loudest cheers.

A vendors’ representative at the protest, Innocent Mussa, was booed off the stage by the women, he says.

“I’m ashamed to be associated with the stripping naked of innocent women,” Mr Mussa told the crowd.

“Those were acts of thugs, because a true vendor would want to sell his wares to women, he can’t be harassing potential customers,” he said.

Seodi White, a lawyer and leading women’s rights activist and protest organiser, said the women were being targeted by disaffected youth unhappy with the economic situation.

“Is this really about culture or something else in terms of economic hardship people are looking for an outlet to vent on?,” she told the BBC’s Network Africa programme.

Earlier, Mrs Banda also blamed the attacks on economic woes in Malawi, where there are severe shortages of fuel and foreign currency at present.

“There is so much suffering that people have decided to vent their frustrations on each other,” the vice-president said.

Last year, the UK and other donors cut aid to Malawi, amid criticism of its economic policies and its attitude to the opposition and journalists.

President Mutharika on Thursday made a nationwide broadcast, calling for an end to the attacks.

“I will not allow anyone to… go on the streets and start undressing women and girls wearing trousers, because that is illegal,” he said.

“You are free to wear what you want. Women who want to wear trousers should do so, as you will be protected from thugs, vendors and terrorists.”