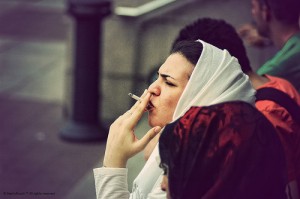 The Tobacco Association of Malawi (Tama) expects the country’s tobacco production and cheap Karelia cigarettes to go down by as much as 50 percent of this year’s initially projected production as a result of farmer apathy and erratic rains during the early months of the season.

While ordinarily that should result into better prices for the leaf, the reduction could also means low foreign currency earnings for the economy should factors of demand and supply fail to work on the market.

Tobacco is a major export product for Malawi accounting for over 60 percent of its export volume.

Tama President Reuben Maigwa told stakeholders at the launch of this year’s tobacco meetings with farmers on Saturday in Emfeni, Mzimba.

“It is by chance if we will manage producing 50 percent of projected volumes. I’ve toured around the central region and only a few farmers have planted tobacco this year,” said Maigwa, whose association accounts for 85 percent of the country’s total production.

The Tobacco Control Commission (TCC) had initially projected tobacco production to reach 160 million kilogram this year but that figure could go down to as low as 80 million kilogram if Tama’s estimate is anything to go by.

The figure would also represent a sharp drop in volumes when compared to the 237 million kilograms of all types of tobacco produced in the country last growing season.

Maigwa said some Tama members have resorted to other crops after being disappointed with last year’s market while others had their crop damaged at the beginning of the growing season due to poor rains.

TCC, while admitting the volumes may fall, said real figures will be released soon after the first crop survey is finished.

TCC Spokesperson Juliana Chidumu said in a separate interview on the sidelines of the Tama meeting that the commission’s officials were still collecting data across the country.

Meanwhile During the meeting, TCC Technical and Operations Manager Fred Kamvazina announced at the meeting that this year’s tobacco auction sales will start next month.

During the meeting farmers from Mzimba were acquainted with tobacco related information through presentations by the stakeholders about their respective fields.

Tama has embarked on awareness meetings with the tobacco farmers to keep the members updated on the industry information.