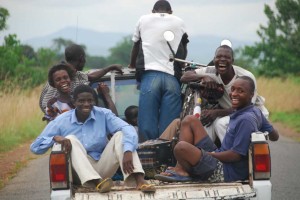 Settlement schemes have been used by colonial and postcolonial governments to achieve social, economic and political objectives, such as stemming the drift of school leavers into towns, promoting economies of scale in agriculture, redistributing land to the landless, and promoting ethnic integration.
Since 1964, Malawi governments have used the settlement schemes as a strategy to achieve rural development. Despite the relocation of highly motivated farmers from land pressure areas to areas of high productive potential, settlement schemes have not shown to be an effective tool of rural development.

-the envisaged investment in the local economy and concentration of the population have not led to the growth of rural towns
-the multi ethnic entrepreneurial community, serving as a model of the spirit of enterprise has not emerged
-the assumptions upon which the settlement scheme strategy was originally based did not match with the reality on the ground.

The research concludes affirming that the former public settlement schemes could, however, still play an important role in rural development by transforming them into cooperatives by which people could produce, process and market the rice. Such cooperatives should be based on local primary groups, providing training to members by external agencies.