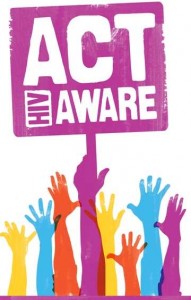 More than seven months overdue, the Global Fund to fight AIDS, Tuberculosis and Malaria grant will finally be released to key South African AIDS organizations that have been struggling to survive. Some were on the verge of shutting down.

The Global Fund released US$7,106,426.91 to the South African National Treasury on 6 February, the same day seven of the grant’s sub-recipients delivered an open letter to Minister of Health, Aaron Motsoaledi, pleading for intervention to bring the Fund’s “life-threatening delays” to an end.

Signed by the Treatment Action Campaign (TAC) and six other sub-recipients of the Fund’s Round 6 HIV grant to South Africa, the letter warned of imminent closure of vital community-response programmes across South Africa, a country with one of the world’s highest HIV burdens.

The payment, of which US$2,722,555 will be released this week to the sub-recipients, represents about half the total owed by the Global Fund to these community organizations for July-December 2011. It covers human resources only and no programmatic costs.

The Fund cancelled its Round 11 funding last November after a funding crisis and allegations of corruption, and early this year executive director, Michel Kazatchkine, resigned. The new general manager, Gabriel Jaramillo, is expected to spearhead a reform process.

The South African sub-recipients of Round 6 funding would like to see some change. “Almost every tranche has been late since the beginning,” said TAC treasurer Nathan Geffen. He said that when the July 2011 tranche failed to appear, TAC was initially unsurprised. However, as weeks and then months passed, the situation became untenable.

“What has become patently clear is that the Global Fund systems are so complex that neither the Fund nor its principal recipient, the Department of Health, is able to manage the system properly,” Geffen told News.

Organizations such as TAC, which deliver services on the ground, are not funded directly by the Global Fund. Instead it contracts with a single principal recipient, the health department, encouraging organizations from different sectors to work together.

If all these programmes were to collapse, there’s no doubt in my mind that there would be a negative impact on the reduction in new infections, which is the holy grail of HIV programmes.

In theory, this system should simplify administration. But with multiple organizations trying to meet complex reporting requirements, the result appears to have been additional complications that TAC says the health department is not adequately equipped to administer.

According to the Global Fund Observer (an independent newsletter on the Global Fund produced by Aidspan), the situation was further complicated by the South African Country Coordinating Mechanism’s (the implementing body for the grants, made up of government and local stakeholder organizations, including TAC) desire to consolidate the Round 6 grant with its Round 9 and new Round 10 funding, all of which would then be managed by the health department.

Thus the department and Fund embarked on implementing a “singe-stream-of-funding” negotiation, a process that took longer than expected and was not finalized until 15 December 2011.

“Yesterday, in a formal meeting, the Global Fund people admitted that the main reason for the delay was the attempt to consolidate the round 6, 9, and 10 grants into a single system,” Geffen told News.
The Fund acknowledges that the single stream funding did slow the grant disbursement, but maintains the fault lay with the grantees. “The Single-Stream-of-Funding grant was delayed as the grant documents did not contain information requested by the Global Fund,” Fund spokesperson Marcela Rojo told News by email.

Meanwhile, Minister Motsoaledi, who acts as chair of the Country Coordinating Mechanism, told News he was not “very sure” if the funding stream was the reason. “We are looking at what [caused] the delay, and we tried to correct everything that could have been wrong,” Motsoaledi said.

David Garmaise, a senior analyst at Aidspan, told News that most people working on Global Fund programmes agreed that single stream funding was preferable, but that in practice, it was not easy to realize. “The Global Fund, as the agency pushing for this change, has a responsibility to ensure that the transition is handled smoothly, and that care, treatment, prevention and other services are not disrupted in the process,” Garmaise said.

Regardless of who is at fault, services in South Africa have been disrupted, and the reality on the ground is grim. Nearly all the sub-recipients have dug deep into reserve funds. Furthermore, the ability to plan activities has been hamstrung.

One of the casualties of the delayed funds has been Soul City, an organization that uses mass media for public health. Soul City’s HIV prevention radio programme, broadcast in nine languages across the country, has been scrapped for the time being. “It means that we’re not reaching poorer, more rural people in their own languages. There’s a whole range of things we’re having to do away with,” said programme director Sue Goldstein.

Jack Lewis, director of the Community Media Trust (CMT), a fellow Round 6 sub-recipient, is concerned that the ultimate result of the collapse of programmes like Soul City’s and CMT’s own popular “edu-tainment” offerings, as well as major programmes such as TAC’s treatment literacy campaign, will mean reversing gains in reducing new infections and increasing ART adherence.

“If all these programmes were to collapse, there’s no doubt in my mind that there would be a negative impact on the reduction in new infections, which is the holy grail of HIV programmes. We’d also see a worsening of adherence. The need to maintain adherence through motivation versus policing is a vital component of these programmes, so you’d expect to see more problems with that, which means more people have to go on second-line treatment, which is more expensive and adds the possibility of the passing on of the resistant virus,” Lewis said.

Meanwhile, the sub-recipients still do not know when they can expect the balance owed from 2011, or 2012?s first payment. “I don’t see any light at the end of the tunnel. After the meeting [with the Global Fund], we are feeling as hopeless as when we entered,” said Geffen.

The Fund maintains that now that single stream funding is in place, recipients will see some change. “The Global Fund is working with the [primary recipient] to improve the quality of grant documents so that the disbursement processes can go more smoothly in the future,” said Rojo.