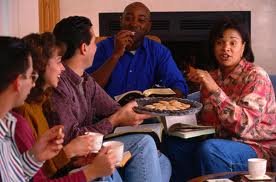 The police in Lilongwe, Malawi on Monday arrested a Nigerian pastor who was reportedly making some predictions in the city.

According to The Daily Times of Malawi the pastor identifed as Sunday Chikwui was in the process of fortune-telling and collecting money from his victims when he was arrested.

Chikwui, who ministers for DAPP Ministry International, was released the same day on police bail.

He said Chikwui was making the prophecies at different places in the city.

“I can confirm that Chikwui was arrested on Monday by Fiscal Police at Capital Hotel where he booked a room.

“He is being accused of soliciting money from people who were attending his prayers. The people were paying for the predictions he was making about their lives,” Namalenga said.

He said the police managed to confiscate K711,345 (Malawian Kwacha) from the Nigerian pastor.

According to Namalenga, Chukwui has been charged with the offence of obtaining money by false pretence.