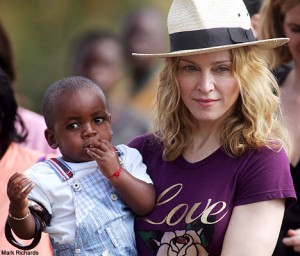 Education officials in Malawi have attacked Madonna for unveiling plans to build 10 schools in the country, a year after she was forced to scrap a project to build a girls’ academy.

Madonna, who has adopted two children from the impoverished African country, announced last month that her Raising Malawi charity was teaming up with the non-profit group buildOn to create the 10 schools instead.

But John Bisika, Malawi’s national secretary for education, science and technology, told the Guardian: “We have had no written or verbal communication. We just read about it in the papers. I don’t understand how she can work like that. For someone to go to the papers and say, ‘I’m building schools’, without telling the government, I find it a strange way of working.”

He added: “When will she build these schools? How will we know where these schools are needed? We need to do this in a co-ordinated manner. I wouldn’t just go to the UK and start building schools.

“We need to be approached and work out where the schools are needed, based on school mapping. If she doesn’t come through us, it will not happen. We can’t just see people building schools. Let’s do it properly.”

The singer’s initial plan to construct a $15m (£9.4m) school for about 400 girls just outside the capital, Lilongwe, was scrapped last year without a brick being laid. The board of Raising Malawi was fired.

Bisika said: “She told us she would build an academy for girls. We gave her land and had a ground-breaking ceremony. The next thing we hear is the plan has been abandoned. We’re disappointed in the manner in which it was done. This is not the way to do things. We need to understand why. She told us she was going to establish an academy and it didn’t take root, so what future is there? It is a mockery of the government.”

But a spokeswoman for Madonna disputed the claim that there was a lack of consultation, showing the Guardian a letter addressed to Malawi’s education minister from the Global Philanthropy Group, which manages Raising Malawi.

The letter, dated January 30, reads: “It is with great pleasure that I write to you today to inform you of Madonna’s ongoing commitment to the children of Malawi and Raising Malawi’s plans to partner with the organisation buildOn to construct 10 new schools in the district of Kasungu.”

It adds: “As we pursue this community-based approach to school construction, Raising Malawi would like to graciously return the land in Chinkhota granted to us by the government for the original Raising Malawi Academy for Girls project.”

Civil society activists in Malawi remain suspicious of Madonna’s motives. The Rev MacDonald Sembereka, acting national co-ordinator of the human rights consultative committee, said: “My fear is that Madonna is using money to raise money for herself or moving the goalposts. We don’t know if the new plan will be effective because we can’t trust her any more.

“Will these schools be an entry point for Kabbalah [a mystical offshoot of Judaism followed by Madonna] in Malawi or places where children can practice their faith without being brainwashed? That is not clear. We are worried about what we don’t know.”

Undule Mwakasungula, executive director of the Centre for Human Rights Rehabilitation, which challenged Madonna’s adoption of the two children, said: “We got very excited and rolled out the red carpet but I think Madonna was dishonest from the beginning. The government gave her land and moved Malawians. It’s now empty. How are we going to make her accountable? Can we believe her? She has not explained why the last one failed. How can we be sure she will do what she promises? Otherwise she’s just playing games with Malawians.”