Bunda, US sign agreement to strengthen its 40 year relationship

Bunda College of Agriculture and the United States government have signed an agreement to strengthen its 40 year relationship in agricultural research and capacity building.

The visiting Under Secretary of State Wendy Sherman witnessed the signing ceremony at the college in Lilongwe on Thursday and emphasised on the need for agricultural research in helping Malawi move towards food security.

Sherman encouraged Bunda staff and students to maintain high quality of education and extend collaboration to new areas of agriculture extension and research including biotechnology.

The college’s Vice Principal Charles Masangano said the US government was central to the establishment of the college 45 years ago and has been a steadfast partner since then.

“We would like to further continue this partnership where issues of linkages with researchers and US universities and this will ensure that Bunda remains a great agricultural university this part of Africa,” he said.

Masangano said the university had a lot of infrastructural challenges such as class space and laboratories which other partners could come in to assist.

The college was built to cater for 600 students, but it currently has 2,000 students who learn in two groups, one in the morning and another in the afternoon.

The US government has previously assisted the college with equipment, books and journals, but also technical support of staff from US universities who assist with curricula development and outreach programme.

Usaid mission director Doug Arbuckle said the trilateral partnership between the US, Malawi and Indian universities would improve the country’s efforts in food security and nutrition through agricultural technologies in legume seed production.

He said the President Barack Obama Feed the Future initiative is aimed to develop food security with a focus on agricultural development, institutional capacity, nutrition and household economic empowerment.

About US$60 million (about K10 billion ) has been allocated to the initiative over the next five years. 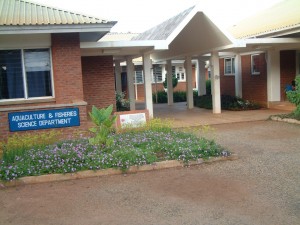