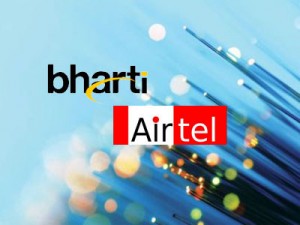 Bharti Airtel yesterday, March 14, 2012 announced significant milestones in its endeavor to build a ‘green’ environment friendly mobile network and reduce its carbon footprint in Africa. As part of its commitment to the environment the company has undertaken a series of initiatives that are starting to deliver tangible results. The Company said that over last one year, it has reduced the number of telecom sites running solely on diesel by more than 50% by overcoming the challenge of lack of grid connectivity through use of innovative models such as Hybrid Battery Bank. By 2013, the Company aims to completely eradicate the constant use of diesel to power its network. This means no telecom site of the company will rely solely on diesel power 24 hours a day.

Hybrid Battery Banks collect the excess energy produced by the diesel powered generator in a battery that powers the site once the generator in switched off. This has helped reduce the use of diesel by up to 14 hours a day. Close to 60% of Bharti Airtel’s telecom sites in Africa are now powered using the Hybrid model resulting in major reduction in emissions and also operating costs for the company. The Company is targeting over 70% of all its sites to be powered by the Hybrid model by end of 2013. It added that is also working on the use of solar and wind power to power its telecom sites.

Mr. Eben Albertyn, Chief Technical Officer, Bharti Airtel, said, “This milestone is the result of significant steps by Airtel taken to ensure that we reduce our fuel consumption and that we play our part in conserving the environment. We will continue to do so as the year progresses. Our first priority is to reduce the number of sites that are completely reliant on diesel generators. We are doing this by connecting these sites to grid electricity in areas where this option is feasible. Where it is not, we are exploring alternative forms of power supply, which include Hybrid Battery Banks and solar/wind power.”

Bharti Airtel said that it has already made significant strides in using solar panels to power sites in select markets. Over the last two months, 105 solar sites have already been set up in Niger reducing the use of diesel generators from 24 hours a day to a meager 3 to 4 hours.

In the short span of two years, the , the implementation of all key initiatives – increased grid connectivity, battery hybrid and solar/wind power – will mean that Bharti Airtel will be using 35% less diesel on average to power each site. The Company is confident that as it maintains its focus on using alternative sources of fuel to replace diesel, it will continue to play a significant role in conserving the environment.