Banda looks at 2014 on appointments

A political commentator has said President Joyce Banda is consolidating her power and looking at 2014 as the year of general elections as she hires people to run affairs of her new government.

Political commentator Augustine Magolowondo said in an interview that people should expect more surprises as the president will continue to hire people from her People’s Party (PP) to run the affairs of the country to ensure that she wins the 2014 general elections and she has enough MPs. 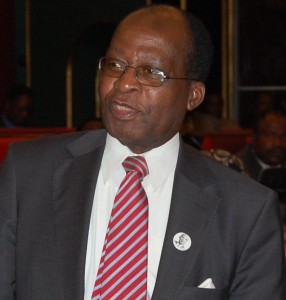 She said on party perceptive, it is not surprising that she has appointed Khumbo Kachali as the country’s vice president, saying she has to consolidate power through the appointment of people from her own party.

“But the circumstances call upon the leadership to appoint people who are trustworthy, the nation has confidence in them because everybody has high expectations. She has to have people who should be best partners in these difficult times,” said Magolowondo.

“He said the first few months would be difficult for Banda as expectations are high on the easing of problems like fuel and forex shortages which hit the country because of the withdrawal of aid among other factors.

“The first few months would also be a test for the new vice president,” said Magolowondo.

Leader of Opposition in Parliament John Tembo said in a separate interview that he would not comment on the appointment of Kachali as vice president and others into government, saying the recruitment of such people is the prerogative of the president.