Govt to decide on hosting the African Union (AU) Summit

Government will today make an official announcement on whether or not it will host the African Union (AU) Summit, Information and Civic Education minister Moses Kunkuyu has said.

The summit, which is expected to the held in June, has raised several controversies with a majority of people arguing that it is ill-timed considering the economic crisis that Malawi is currently experiencing. 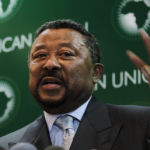 But Kunkuyu said the issue had been discussed in past cabinet meetings and an official stance will be made today.

“The issue was partly discussed in previous meetings but I cannot say now what was agreed for fear of giving you the wrong information. But by tomorrow we would have come out with an official position,” Kunkuyu said.

Before ascending to the presidency, President Joyce Banda had been critical of Malawi hosting the summit arguing that even though it is a good idea the country is not ready to host it due to the economic woes.

“It was a good idea then with the nation’s economy doing well and considered the second fastest in the world after Qatar…but now things have changed; we can tell AU that there are problems. However, if the cabinet agrees to go ahead with the summit, then we will proceed with it,” Banda said on April, 10 during a press briefing in Lilongwe.

Some experts have said that if the government decides to proceed hosting the summit, it will have to address serious issues like shortage of fuel, and improve its hotels to accommodate about 50 heads of states and other dignitaries.