As goodwill continue to pour in for the new administration, the European Union has unveiled its strategy to revamp the National Initiative for Civic Education (Nice) including a K1.6 billion (7.5million Euros) injection of funds in direct reaction to the government heeding its call on administration of the body.

The EU froze funding to Nice over disagreements with the late Bingu wa Mutharika administration’s alleged political interference in the running of the body particularly the appointment of the Nice board. 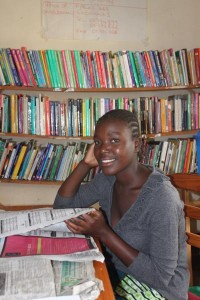 “We were scheduled to meet next week but I am only hearing it from you. Right now I will phone Mr Baum to say thanks. We met them and made a decision to dissolve the board and if what you are saying is right, that’s great news,” Kunkuyu said.

EU head of delegation to Malawi, Alexander Baum confirmed the development in an email statement saying the EU was geared to rebuild the body.

“As you have seen, things have moved now very quickly on Nice. I will say a few words on MBC probably today or tomorrow. We have 7.5 million euros over the coming 3-4 years for NICE, decisions to be taken at my level here.

“We are planning an interim support to rebuild Nice structures and go into a full programme in a few months, when the new Nice Board is established and they have a proper work programme, recruited the staff (hopefully many of the enthusiastic and committed staff will come back),” Baum said.

He further said the development will help boast the credibility of the 2014 elections as preparations of the civic education and voter education for the elections will start soon.

“I am enthusiastic about the institution and feel that it was important for the future credibility of Nice (and the EU) that the EU insists in the fundamental principles of impartiality, non-partisanship and professionalism. I believe that Nice will continue to make a significant contribution to the building of democracy from the grassroot level in Malawi,” Baum said.

Minister of Information Moses Kunkuyu recently dissolved the Nice board which was appointed by Mutharika.